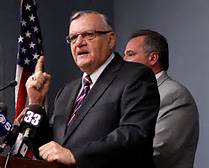 Arpaio says he will provide an update and a final conclusion to the Barack Obama birth certificate investigation that has been ongoing for years.

The event is closed to the mainstream media and will only be streamed live on the Sheriff’s Office Facebook page.

Arpaio will be releasing three years of analysis of the alleged fake document.

On March 1, 2012, Arpaio and members of the Cold Case Posse investigation held a news conference announcing their findings that President Barack Obama’s long-form birth certificate, released by the White House on April 27, 2011, is a computer-generated forgery.

Additionally, other investigators have said the electronic PDF document released by the White House clearly shows evidence of ‘kerning’ – where parts of letters overlap each other for a pleasing visual effect – this is produced by modern computers and was not possible on 1960’s typewriters. 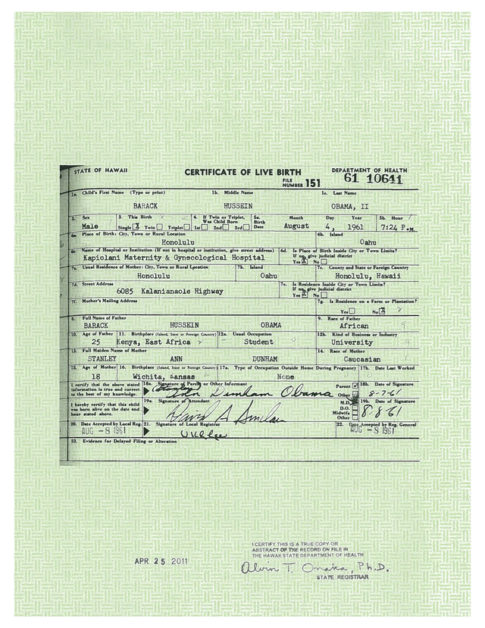 Just last week documentary film maker Joel Gilbert who produced “Dreams of My Real Father” further released proof that indeed it was a forgery, releasing two other birth certificates from the same time period at the same hospital in which they show that the term “African” used on Barack Obama’s birth certificate wasn’t used during that time in history and instead the terms “Colored” or “Negroes” were most commonly used on black Americans’ birth certificates.

The question now remains why?

Why would Obama fake his birth certificate and risk his legacy or does he even know? The answer may be that as pictures and evidence have emerged from Joel Gilbert that Obama was born in Hawaii and his real father may be communist Frank Marshall Davis. Regardless if Obama was legally able to hold office the bigger issue is that fraud and forgery are criminal offenses as Sheriff Joe once said to CNN’s Jake Tapper.

“I don’t care where he was born, I’m talking about a fraudulent government document, a birth certificate. That’s all I’m concerned with. That’s a violation of the law.” Sheriff Joe Arpaio, said.

What will Sheriff Joe Arpaio say tomorrow? Will it be the starting of a Watergate type scenario as author Jerome Corsi once claimed? We will keep you up to date as information develops. 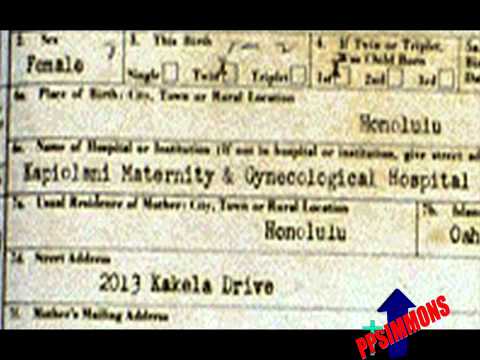