Picking up the torch on the most hotly debated topic by the humiliated US mainstream media, namely the spread of so-called “fake news” (not to be confused with Brian Williams lying for years on prime time TV, and which until recently was branded far simply as “conspiracy theory”), German Chancellor Angela Merkel warned on Wednesday against the power of fake news on social media to roil the establishment and to spur the rise of populists, after launching her campaign for a fourth term.

Speaking in parliament for the first time since her announcement Sunday that she would seek re-election next year, Merkel cautioned that public opinion was being “manipulated” on the internet. 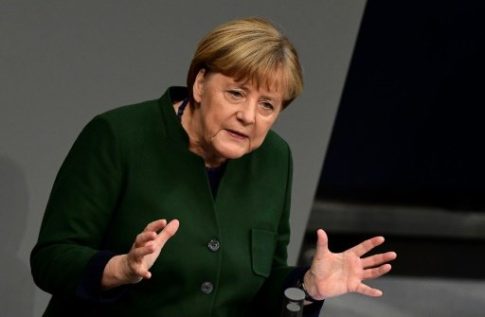 “Something has changed — as globalisation has marched on, (political) debate is taking place in a completely new media environment. Opinions aren’t formed the way they were 25 years ago,” she said.

Quoted by France 24, she said that “Today we have fake sites, bots, trolls — things that regenerate themselves, reinforcing opinions with certain algorithms and we have to learn to deal with them.” The chancellor said the challenge for democrats was to “reach and inspire people. However, should that fail, Merkel essentially suggested the time for censorship has come: “we must confront this phenomenon and if necessary, regulate it.“

She said she supported initiatives by her right-left coalition government to crack down on “hate speech” on social media in the face of what she said were “concerns about the stability of our familiar order”.

She warned that “Populism and political extremes are growing in Western democracies.”

Merkel’s warning comes a week after Google and Facebook (which overnight was revealed to have a “tool” ready to implement regional censorship) moved to cut off ad revenue to bogus news sites after a US election campaign in which the global misinformation industry may have influenced the outcome of the vote.

Perhaps a reason for Merkel’s concern is that while her conservative Christian Democrats are largely favourites to win the German national election, expected in September or October 2017, she is facing a strong challenge from a resurgent rightwing populist party, Alternative for Germany (AfD), which has her liberal refugee and migration policy in its crosshairs.

Meanwhile, just as Merkel was launching Europe’s war on “fake news”, Europe’s bureaucrats were one step ahead, and in a shocking move, on Wednesday the EU Parliament voted on a non-legislative resolution which calls for the EU to “respond to information warfare by Russia.” Russian news websites RT and Sputnik news agency were alleged to be among the most dangerous “tools of Russian propaganda.” 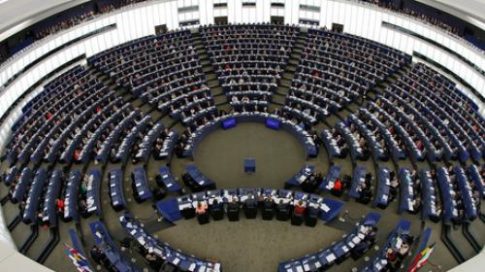 A total of 691 lawmakers participated in the vote: 304 voted in favor of the resolution dubbed ‘EU strategic communication to counteract propaganda against it by third parties’, 179 voted against and 208 abstained from voting. Authors of the document equate counteracting Russia with the resistance to Daesh terrorist group and call on EU member states to boost financing counter-propaganda projects.

Written by a Polish member of the European Conservatives and Reformists (ECR) group, Anna Fotyga, the report alleged that Moscow aims to “incite fear and divide Europe,” and called for the establishment of measures to tackle the perceived Russian propaganda threat. The report suggests that Moscow provides financial support to opposition parties and organizations in EU member states, causing disintegration within the bloc.

In other words: to counter alleged Russian propaganda, Europe is unleashing it own, very much formal counter-propaganda.

As a result of the vote, Russia is now accused of “information warfare,” with such entities as RT TV channel, Sputnik news agency, Rossotrudnichestvo federal agency and the Russkiy Mir (Russian World) fund alleged to be among its most threatening propaganda “tools.”

Sputnik has already appealed to the UN, the Organization for Security and Co-operation in Europe (OSCE) and a number of international journalists’ organizations and NGOs, including Reporters Without Borders, to take measures to stop what it considers to be interference into freedom of speech in the EU. “The resolution hits straight at a number of respected media, including Sputnik agency, and has an aim to stop their activity in the EU. Moreover, the resolution bluntly contradicts the  EU’s own human rights and freedom of press norms,” reads the letter signed by Sputnik Editor-in-Chief Margarita Simonyan.

Shortly after the vote Vladimir Putin slammed the EU parliament resolution against Russian media. He said that Europe is trying to “teach” Russia democracy. Putin added that the EU Parliament’s resolution demonstrates “political degradation” in regard to the “idea of democracy” in the West. He also pointed out that while “everyone tries to lecture” Russia on democracy, European lawmakers themselves resort to a policy of restrictions, “which is not the best way” to deal with any issues.

“More recently — and these attempts are still ongoing — they [European officials] tried to ‘teach us’ democracy, and we have always heard from these ‘teachers’ that the most vicious way to do business with opponents is to ban something and that it is not consistent with the principles and norms of democracy. Open discussion is always the best way,” Putin said.

Adding that he hopes the Western move to “counter Russian propaganda” won’t lead to serious restrictions, the president congratulated RT and Sputnik journalists on their work.

He concluded that the EU parliament resolution is an “evident sign of degradation of the Western society’s vision of democracy,” Putin said. It is curious how many “western society” citizens agree with him.