“Why not use it as a shore based missile?”

CHINA has test fired a hypersonic missile capable of hitting target 300 miles away in the air, it has been claimed.

One the country’s J-16 strike fighters fired the giant missile earlier this month.

Experts at Popular Science magazine analysed pictures of the event an estimated the missile measured 19 feet long and was 13 inches wide.

One of the experts, Jeffrey Lin, said the launch of the missile was a “big deal”.

He said: “This missile would easily outrange any American – or other NATO – air-to-air missile.”“Reports are that the size would put it into the category of a very long range air to air missile (VLRAAM) with ranges exceeding 186 miles, likely max out between 250 and 310 miles.’

“Additionally, the VLRAAM’s powerful rocket engine will push it to Mach 6 speeds, which will increase the no escape zone (NEZ), that is the area where a target cannot outrun the missile, against even supersonic targets like stealth fighters.”

With a new radar system, missile is also understood to have a thrust boost to supplement its manoeuvrability.Last year a Chinese scientific journal reported that once fired by a fighter jet, a VLRAAM could fly 15km upwards to a 30km altitude before it is guided by long range radars to hurtle at hypersonic aircraft into stealth bombers and fighter jets to destroy them. 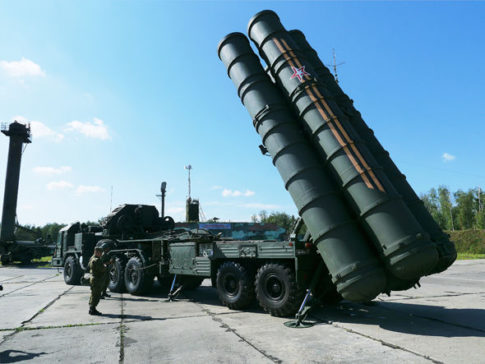