“It’s been said that the average person abandons his moral inhibitions after three days without food. After this time, an otherwise morally responsible man is literally prepared to kill his neighbour for a loaf of bread.”

And just ten days more and humans turn into cannibals. 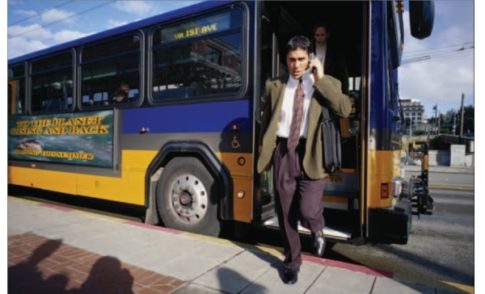 We began writing on the War on Cash some time ago, when it was still just a theoretical ploy that we believed banks and governments were likely to employ as their economic adventurism continued to unravel.

But, in the last year, several countries have, as a part of the War on Cash, begun removing larger bank notes from circulation in order to force people to perform all economic transactions through the banking system, ensuring that the banks would gain total control over the movement of money.

Of course, the banks could not admit their true goal to the public. They instead used the governments to claim that the measure was being undertaken to restrict crime (money laundering, drug deals, black marketing, terrorism, etc.).

At about the same time, Citibank in Australia declared that it will no longer accept coins or banknotes.

India has joined those countries that have done away with larger notes. They did so quite suddenly, and the effects are already being felt by the Indian people. The elimination of the 500-rupee and 1,000-rupee notes has, of course, not limited the level of spending in India, but it has caused a sudden demand for considerably more smaller notes through which to accomplish the same transactions.

A problem with the removal surfaced immediately when people using ATMs were withdrawing far more notes than ever before in order to have enough cash to function normally. The ATMs were quickly being emptied of the smaller denominations. The people of India cried foul, as 86% of all money in circulation had vanished from the system overnight. The limit for withdrawal per day is 2,500 rupees (US$37) – which for some is sufficient to pay for daily expenses, but is most certainly not sufficient to carry on a business or facilitate larger transactions.

Although deliveries of notes to the ATMs has increased, the banks simply cannot make up for the sudden loss of 86% of the nation’s money. Not only can the delivery trucks not meet the demand, the machines cannot store the volume of notes needed.

The result has been a partial breakdown of commerce. With millions of people beginning each day with insufficient funds to function, one byproduct of the money shortage is that over 9.3 million trucks have simply been abandoned by their drivers. (Nearly two-thirds of all freight in India moves by road.)

In January of 2016, we published an article that made reference to the turning point of World War II on the Western Front. Although the German war machine was collapsing, a major last-ditch effort was made at the Battle of the Bulge to reverse the tide of the war. German tanks raced to the battle and might well have made the Germans the victors, but they ran out of gasoline along the way.

The crews, understanding that the game was well and truly over, simply left the tanks and began to walk back to Germany. The great significance of this event is that, no matter how much bluster a political or military leadership presents, and no matter how obediently the soldiers respond to such posturing, once it’s clear that the game is up, the pretense amongst the soldiers evaporates.

The same is true in commerce. When those who make the decisions in banking and government try to game the system one time too many, dysfunction sets in and the “soldiers” – the countless minor participants in the system – simply walk away.

The lesson to be learned here is that, in all countries where a War on Cash is being destructively waged, the end will not be a positive one. The people of each country will increasingly become unable to function normally, as in Greece, where there have been riots due to the banking squeeze. Banks and governments have colluded to tie up wealth in order to have their hands on as much of it as possible as they grow nearer to economic collapse. As the situation drags on, their intent is becoming ever more transparent to those who have to suffer the difficulties caused by the squeeze.

But, as difficult as it may be to accept, these are “the good old days.” The direst events to come have not yet begun to surface.

As I’ve mentioned in past articles, the problem reaches its nadir when trucks that move the country’s food come to a halt. As long as sufficient food remains available to us, we treat it as just another commodity. But unlike clothing, hardware, vehicles, etc., when our source of food is cut off, even for a very short period, we become frightfully aware that its level of importance is far beyond that of any other commodity.

It’s been said that the average person abandons his moral inhibitions after three days without food. After this time, an otherwise morally responsible man is literally prepared to kill his neighbour for a loaf of bread.

To date, none of the countries that have declared a War on Cash has yet experienced a food panic. It would not be surprising if India becomes the first, as their trucking problem has them on the edge already.

However, it’s ironic that the War on Cash problem is most pronounced in what was called “the free world” only two generations ago. Many of those countries that we’ve come to regard as being both prosperous and “safe” are becoming less so with great rapidity.

Small wonder, then, that an increasing number of people are exiting these once choice jurisdictions and seeking those that are not similarly in economic decline. Although we cannot predict how far the elimination of cash will spread, the further you are from the epicentre of the problem, the greater your chances of coming out with your skin on.

The trick, of course, is to say “This is where I get off” well before (as we are beginning to see in India) the driver himself has abandoned the bus.

Editor’s Note: Unfortunately most people have no idea what really happens when a government goes out of control, let alone how to prepare…

The coming economic and political collapse is going to be much worse, much longer, and very different than what we’ve seen in the past.