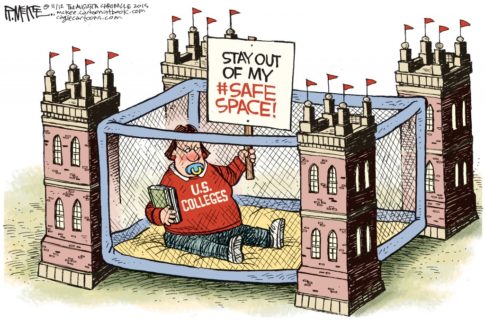 The event, called “Post-Election Self-Care With Food and Play” appeared Friday on the school’s website, entreating students to work out their Trump-driven anxiety with “stress-busting self-care activities” including coloring, blowing bubbles, sculpting with Play-Doh and “positive card making.”

The event has now been removed from UMich’s website, though a version still lives on Google cache.

The event, hosted by the school’s “embedded psychologist” Reena Sheth, drew swift and acerbic criticism from people on social media, who found it risible that adult graduate students, studying to enter a difficult and often stressful profession, would require crayons and comfort food to cope with a function of American democracy.

UMich law school, apparently, responded by removing the event from its website. Instead, it appears, the law school will host a more traditional, professional event on Friday, featuring a panel of three of the school’s law professors, discussing the “limitations of executive power”.