“With the growing exclusion of the Alternative news from the State in several countries, but especially the zionist element of the U.S., it comes as little surprise to see this…”

Editor’s Note: Wow guys. First, the State Dept. has refused to answer RT’s questions at a press conferences… now the US military is barring RT’s media company from attending press events. Wonder how long it will take for the establishment to retaliate and attempt to censor sites for reprinting RT’s articles?

Every way you slice it, the government and the corporations it serves are clamping down on freedom of the press. 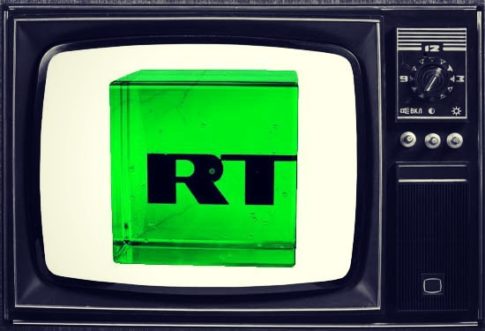 An extraordinary email was received by a producer for RT’s video agency Ruptly following a request to attend one of the Pentagon’s media events. Their “No way” was phrased in such a way that, one suspects, the US military official just hit the wrong “reply” button.

Having learned that a US Army and Air Force shipment with hundreds of containers had reached Germany, to be reportedly distributed elsewhere in Europe, a Ruptly producer sent a request to the US army representative to film any related media events that might shed light on the operation.

Handle with care: US ships over 600+ containers of ammo to Germany amid ongoing European buildup https://t.co/xqf2hpJpRD

The producer also asked to be included on the mailing list to be informed of the Pentagon’s future “press opportunities.”

First a polite reply from an army rep arrived, saying that all questions “regarding the ammunition” should be sent to Lieutenant Colonel Peters. The email also provided information on some of NATO’s planned operations in Europe.

The Public Affairs Officer’s email followed and, probably by mistake, revealed that military intelligence staff of his army unit (G-2) “would deservedly kill” him if he allows Ruptly to be present at one of the military’s media events in Europe.

“No way are we going to support this. From an OPSEC [Operations Security] perspective, our G-2 would kill me – deservedly so,” a US military command public affairs officer, Lieutenant Colonel Donald Peters, wrote in an email.

“Also, Ruptly TV is a Russian propaganda platform,” he added.

That left Ruptly wondering if they got this by chance after the official hit a “reply to all” button by mistake.

The containers in question are the US military’s largest single shipment to Europe in more than 20 years. The ammunition arrived to the continent shortly after the Pentagon announced it would deploy a thousands-strong tank brigade to Eastern Europe next year.

The US and NATO have been developing their military infrastructure and expanding ammunition stockpiles in the region to defend it from what they describe as “Russian aggression.” Moscow has consistently referred to the buildup as a provocative measure, saying it would be forced to take reciprocal steps.