In an amusing twist, Julian Assange whose Wikileaks has now had 20 individual releases of hacked John Podesta emails over the past three  weeks and who has been accused by Hillary Clinton of collaborating with the Russians in an attempt to disrupt and subvert the US electoral process, accused the Clinton campaign of attacking the servers used by WikiLeaks. Speaking via telephone at a conference in Argentina on Wednesday, RT reported that Assange claimed the daily email release ritual has “whipped up a crazed hornet’s nest atmosphere in the Hillary Clinton campaign” leading them to attack WikiLeaks.

“They attacked our servers and attempted hacking attacks and there is an amazing ongoing campaign where state documents were put in the UN and British courts to accuse me of being both a Russian spy and a pedophile,” he added.

Assange described Ecuador’s decision to shut down his internet for the duration of the presidential campaign as a “strategic position” so that its “policy of non-intervention can’t be misinterpreted by actors in the US and even domestically in Ecuador.” He said he was sympathetic with Ecuador, insisting they face the dilemma of having the US interfere with their elections next year if they appear to interfere with the US elections next month. He also said that he did not agree with Ecuador’s decision but did understand it. WikiLeaks will not be affected by the decision as they do not publish from Ecuador, he said.

He did, however, reject the idea that WikiLeaks is interfering with the US election, claiming, “this is not the interference of electoral process, this is the definition of electoral process – for media organizations and, in fact, everyone to publish the truth and their opinion about what is occurring. It cannot be a free and informed election unless people are free to inform.”

It will, of course, be spun as interference if Hillary were to lose as the tables would then be turned, and instead of Trump slamming the “rigged” elections, it will be Hillary who will demand a pound of flesh, perhaps literally.

Assange did not stop there and also attacked US TV networks, many of whom he accused of being “controlled by Clinton supporters.” If there is anything the Podesta emails have revealed, it is that he is correct in his assessment. 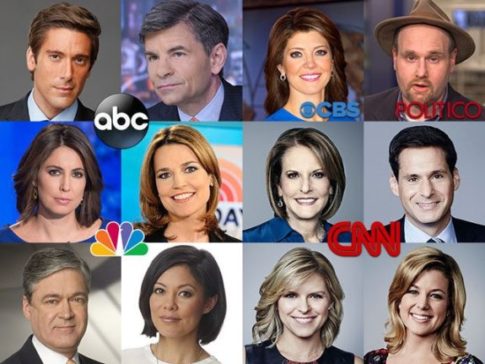 Then Assange went one better and even predicted that Trump will lose, saying that the Podesta emails will make no difference to the election result, according to Assange. “I don’t think there’s any chance of Donald Trump winning the election, even with the amazing material we are publishing, because most of the media organizations are strongly aligned with Hillary Clinton,” he said adding that journalists and people who work in the media are predominantly middle class and view Trump as representing “what in their mind is white trash.”

Meanwhile, in the latest spin in this ongoing drama, moments ago a member of the anti-Putin Russian punk band Pussy Riot became the latest to accuse Assange of directly collaborating with Moscow. “But Julian Assange, he openly works with [Russia],”  Nadezhda Tolokonnikova aka Nadya Tolokno, told The Daily Beast in an interview Thursday. “It’s not a secret. He’s connected with the Russian government, and I feel that he’s proud of it.

“I generally support the work that WikiLeaks is doing, but I’m not that thrilled about his decisions that are unethical, in my view, concerning his connections to the Russian government.” 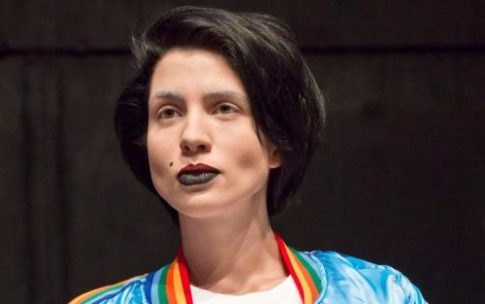 What, if any, was Tolokno’s evidence? The Pussy Riot member said she visited Assange at the Ecuadorian Embassy in London two years ago, saying their meeting convinced her WikiLeaks has ties to the Kremlin.

RT has repeatedly denied that it collaborates with Assange, however at this late stage in the game we have long since moved past the evidentiary phase, and word of mouth accusations are the norm.

Tolokno also made her own political views regarding the US election quite clear: “I wish that Hillary Clinton will win this presidential election, and if I had the option to go and vote, I would vote for her. Everyone needs to vote for her because it will save a lot of lives. I know people are apathetic right now because everything surrounding this election has been pretty ugly, but it’s really important to go out and vote and stop Trump.”

The anti-Putin activist, who has repeatedly made her own anger at the Putin regime well known, said that “we had a conversation if it was really the ethical thing to do that with the hands of another government [Russia] which is, in fact, much worse and a real authoritarian government.”

Well, if Assange truly hates the American government as much as he does, he may need to leak a smoking gun filled with so much smoke that it penetrates even the biased American press and convinces most Americans. Considering he has just 11 days in which to do it, he may want to hurry up, or else the next time President Hillary Clinton talks about droning Julian Assange, it won’t be a joke.