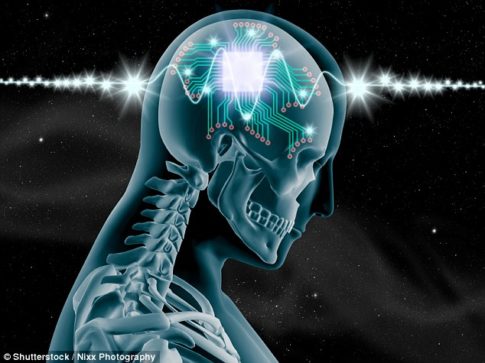 The idea of implanting brain chips into people to give them supersonic memory might sound like the plot of the latest science fiction film. But one pioneering neuroscientist is ready to start trialling this futuristic technology in humans

– The brain chip that could turn you into a SUPERHUMAN: £80 million project will trial memory-boosting implants:

The idea of implanting brain chips into people to give them superhuman memory might sound like the plot of the latest science fiction film.

But one pioneering neuroscientist is ready to start trialling this futuristic technology in humans.

The memory chips have already been successfully tested in rats, and could one day be a commercially available product to allow anyone to boost their memory.

HOW DOES IT WORK?

Dr Theodore Berger, who is designing the brain chips, is a professor of biomedical engineering at the University of Southern California.

He has spent the past 20 years developing various brain prostheses -computer implants that mimic the electrical signals in the brain – to study Alzheimer’s disease.

To convert short-term memories into long-term ones, the brain send a pattern of electrical signals in a unique code.

The brain chip is designed to send electrical signals that match the existing pattern in the brain, mimicking the natural process of long term memory development.

So far the brain chips have been tested in monkeys and rats, both of which showed enhanced memory.

Dr Berger has now joined forces with Bryan Johnson, a technology entrepreneur, who previously sold his firm, Braintree, to PayPal for $800m (£615m).

1 thought on “The brain chip that could turn you into a SUPERHUMAN: £80 million project will trial memory-boosting implants”