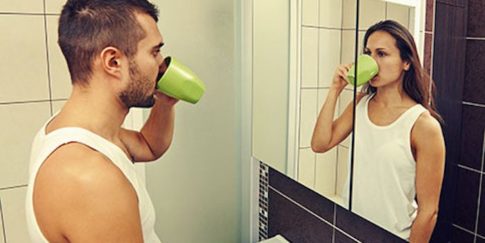 Atrazine, a potent hormone disrupter linked to sex-changes in animals and powerful effects on humans in extremely low doses has been found in one in 6 American’s drinking water.

According to research, exposure to atrazine in utero can cause genital deformation in young boys, including the development of a micropenis, medically known as microphallus.

The chemical, banned in Europe for its harmful qualities, is known to disrupt endocrine function in human beings, which can lead to a slew of disastrous health disorders.

“Timing of exposure may be more important than exposure levels. Research shows that low levels of exposure during key periods of pregnancy may interfere with healthy fetal development,” warns the Pesticide Action Network of North America.  The third trimester of pregnancy appears to be most critical, says a recent epidemiological study. Synergystic effects between atrazine and other pesticides may also render health harms more severe.“

And these problems can occur at extremely low-level exposure to the chemical.

The U.S. Environmental Protection Agency (EPA) states the safe level of atrazine in drinking water is 3 drops per an Olympic sized pool, however it is clear that many water companies are getting away with including much more in an effort to save money by not properly filtering their water.

According to NRDC’s 2010 analysis of the most recent EPA data, drinking water in 67 public systems had peak atrazine levels above 3 parts per billion (ppb), with one as high as 60 ppb in Ohio – a staggering twenty times over the legal limit.

Syngeta AG, the makers of the chemical, are attempting to promote the chemical as safe. However as the Wall Street Journal reported, the Swiss chemical giants paid $105 million to settle a class action lawsuit with several Midwestern water companies alleging atrazine had poisoned their water supplies.

How can you protect yourself and your family from this dangerous chemical – as well as others poisoning that poison the well the nation drinks from?

Stop drinking water straight from the tap. Filter your water as much as possible before you consider it safe to drink. Not all water filters are born equal – make sure you read the small print and ensure the filter is certified to remove atrazine.