– Here’s The 30 Seconds After The Last Debate That CNN Would Rather You Didn’t See: 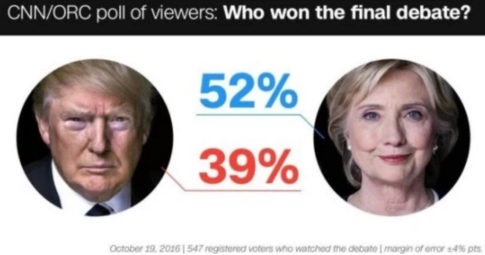 And continued and constant propaganda-peddling that the race is over because Trump’s sexual assauly allegations are “sucking all the air out of the room” compared to Hillary’s stream of WikiLeaks facts.

CNN Asks Its Focus Group Who Won the Final Debate… Then INSTANTLY Regrets It #PodestaEmails14pic.twitter.com/wiO2dqSbF6

So when the CNN focus group was asked “did this debate help anyone make up their mind or possibly change their vote”, the results did not turn out how Goebbels they expected…

It appears it is time for another ‘tweak’ to that polling methodology.

And some polls have him leading… 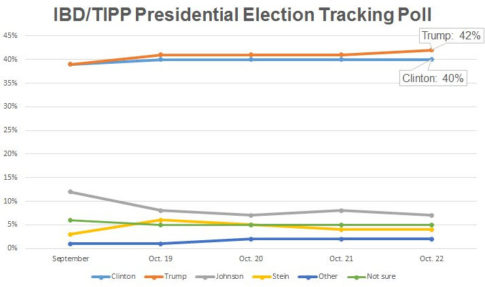