The next several days up to Oct. 12 (Yom Kippur) have a very high probability for something “big” to happen.

Prepare for (an epic) collapse.

In addition to 100s more job cuts, Deutsche Bank stock is tumbling on the back of Bloomberg reports that the German government isn’t in talks with the U.S. Department of Justice over Deutsche Bank.

And the reaction is a heavy volume dump… 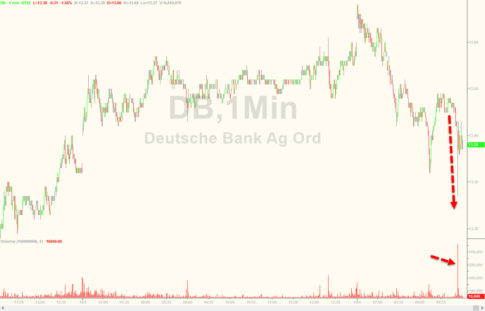