– Bosnia: Reporter who mocked burka goes into hiding after Muslims offer bounty for her murder:

Mocking the burka: an insult to Islam. Rape and murder threats against those who mock the burka: A-OK. 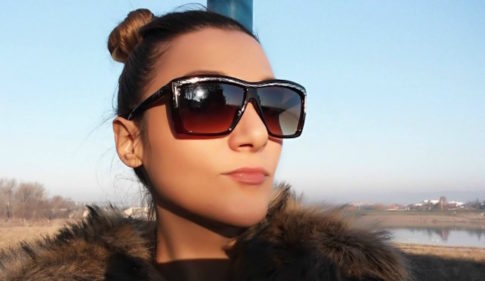 After reporter Lejla Colak compared the wearing of the burka and niqab with the public display of sex toys, she received threats of murder and rape.

Bosnian journalist Lejla Colak told BIRN on Monday that she had received a series of threats of violence after criticising Islamic garments like the burka and niqab in a post she wrote on Facebook.

“Religion should be intimate, just like sexuality. Keep it to yourself and the like-minded. Do not impose it on others,” Colak wrote.

After local Islamic news portal Saff.ba published criticism of her post, Colak began receiving threats via Facebook Messenger and in the comments section of the post.

“Are there any volunteers to rape lovely Lejla? … I will personally pay for it???” wrote one man, whose online profile says that he is a member of the Bosnian Army.

Two female social media users called for Colak to be run over by a car, soaked in petrol and burned.

Colak said she was prepared for negative comments and insults but did not foresee the threats she would receive.

“I am not afraid to express my views. I used an analogy awkwardly. I could have constructed it better. But I could not have assumed that it would lead to this,” the Sarajevo-based reporter told BIRN.

Since her initial post, she has apologised on Facebook for causing offence by mentioning a sex toy in connection with religion.

“I can apologise for the form but not for the content. Yes, religion (all of them) should be a private matter, yes, everything I have said I mean. Forgive me only for that piece of plastic with which I have hurt the feelings of the public,” she wrote….

1 thought on “Bosnia: Reporter who mocked burka goes into hiding after Muslims offer bounty for her murder”