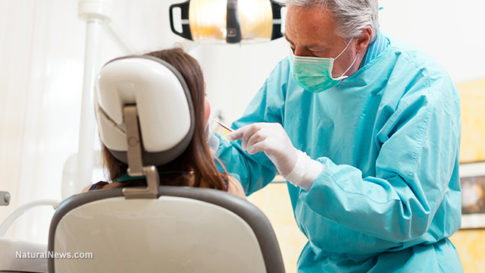 Studies have revealed that up to 50 percent of bacteria survive unscathed after being treated with sodium hypochlorite, a common disinfectant. This suggests that secondary infection following a root canal would not be unusual. And after a tooth has been sealed off, anaerobic bacteria can still continue to thrive.

The Truth About Cancer reports that a study led by Dr. Stuart Nunnally, DDS, MS, involved following the outcomes of patients who’d had root canals, and the results were shocking. Within three years, every single one of the 87 patients included in the study reported a significant decline in their overall health following their root canal procedures.

Root canals are a temporary solution to what often becomes a chronic problem. After the initial treatment, all seems well. You can eat again; your tooth doesn’t hurt; everything is good again. However, root canal-treated teeth are prone to becoming chronically infected. Moreover, because most of the nerve – if not all of it – is removed, no pain is felt. This leaves pathogens free to multiply and produce toxins that can spread throughout the body. There is really not much left of a root canal-treated tooth, which means in addition to not feeling any pain, there is no way for what’s left of the tooth to protect itself; what is left of the tooth will be extremely vulnerable to pathogens. These pathogens can then circulate from the tooth, into the bloodstream and around the body – wreaking havoc wherever they may go.

Toxins and pathogens are a primary cause of disease and degeneration. Due to their oxidative nature, these harmful microorganisms and substances are known for depleting the body’s antioxidant supplies. This paves the way for disease to set it in.

Dr. Josef Issels, a world-famous cancer specialist, even requires that his cancer patients have any teeth that have been treated with a root canal removed. In fact, having these dead teeth removed is an integral part of his treatment protocol. Dr. Issels discussed in his book, Cancer: A Second Opinion, how he came to believe that dead, root canal-treated teeth instigate disease. He states that over the course of 40 years in practice he’s treated over 16,000 cancer patients. Of those, he reports that well over 90 percent of them had between two and 10 dead teeth that had been treated via root canal. Dr. Issels strongly believes that when dead teeth are left in your mouth they serve only to generate large amounts of harmful toxins that are capable of causing cancer and other diseases.

Keeping your teeth healthy is the best way to prevent disease. Natural tooth cleansing methods such as oil pulling can help promote oral health with ease, giving you total peace of mind.

2 thoughts on “Root canals increase the risk of cancer, diabetes and diseases of the brain”