As we’ve noted many times, soaring numbers of refugees seeking asylum in Europe and the simultaneous increase in terrorist attacks is bringing the political fight between “globalists” and “nationalists” to a head.

In a recent interview with the Un News Center, Peter Sutherland, the United Nations Special Representative of the Secretary-General for International Migration, declared that “sovereignty is an absolute illusion that has to be put behind us.”

“I will ask the governments to cooperate, to recognize that sovereignty is an illusion — that sovereignty is an absolute illusion that has to be put behind us.  The days of hiding behind borders and fences are long gone. We have to work together and cooperate together to make a better world. And that means taking on some of the old shibboleths, taking on some of the old historic memories and images of our own country and recognizing that we’re part of humankind.”

Sutherland continued by drawing upon the standard progressive narrative that anyone who disagrees that “sovereignty is an absolute illusion” is just “racist and xenophobic, and [ought] to be condemned.”  Wow, won’t you please tell us how you really feel?

“[But] in the European debate, there have been areas, there’ve been pockets of political activism, which I consider to be racist and xenophobic, and [ought] to be condemned.“

Alas, it seems as though the “racist and xenophobic” fringe elements of Europe, people who believe in radical, backward ideologies like national borders, are growing in number.  As Reuters points out, Angela Merkel’s popularity is tanking in Germany, with a poll just released today indicating that only 42% of German citizens want her to remain in office for a fourth term.  Merkel’s support has waned as a series of violent attacks, two of which were claimed by the Islamic State, have increased voters’ attention on Merkel’s “open-door migrant policy”, which allowed hundreds of thousands of migrants from the Middle East, Africa and elsewhere into Germany.

Meanwhile, Former French President Nicolas Sarkozy, who recently announced plans to seek another term in the 2017 election, recently demanded that “Britain deal with asylum seekers in Britain.”  Per Reuters:

“I’m demanding the opening of a center in Britain to deal with asylum seekers in Britain so that Britain can do the work that concerns them,” Nicolas Sarkozy told a political rally in Touquet in northern France.

Sarkozy said Britain should manage the asylum process, accepting those it wants on British territory and organizing charters to remove those who are rejected.

“The jungle should not be in Calais or anywhere else, because this is a republic and those with no rights to be here should return to their country,” Sarkozy said.

The Calais “jungle camp,” home to some 7,000 asylum seekers from Northern Africa and the Middle East, has become a hot button topic after Great Britain’s decision to leave the European Union.  The Touquet Agreement signed between France and Great Britain calls for border checks to be performed on the the French side of the English Channel.  As such, 1,000’s of asylum seekers from North Africa and the Middle East seeking to reach Great Britain have been stopped in Calais.

That said, there is a rising tide of people in France now calling into question the validity of the Touquet Agreement in the wake of Great Britain’s decision to leave the European Union. 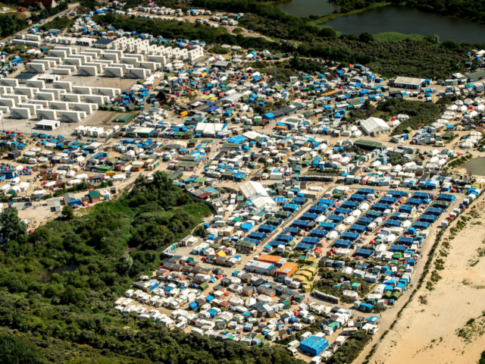