“Soros first came to the front when he hedged a put option on the UK Pound on its exit from the exchange rate mechanism, and cost the UK taxpayer some £800m overnight, roughly one years GDP in the eighties.

Since then there have been many cloudy organisations of deep, undercover subversive involvement of a destructive nature, which have subsequently been found with strong financial ties to this man. Black Lives Matter being but one.

He obviously thinks he’s God, he is certainly a candidate for being an illuminati shapeshifter, but reviewing all the lives sacrificed through him, it really is time he received the same treatment as he has dished out. Come on Vlad, get the pallonium out.”

Just want to mention for new readers that, in my opinion, Putin is an elite puppet, like Clinton, Obama, Bush, Merkel, Kohl, Schröder, Sarkozy, Hollande, Blair, Brown, Cameron, May, etc. and he is also a Freemason.

We have been here before: Roosevelt, Churchill, Stalin and Hitler were all Freemasons.

WW2 has been a staged event andd WW3 has been planned for us by TPTB, which is why …

– Vladimir Putin to George Soros: Thank God we kicked you out of Russia: 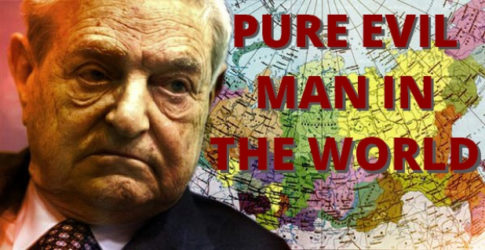 Jim W. Dean says that George Soros is obviously “the man who refuses to die and join his victims.” Vladimir Putin would almost certainly agree with that statement.

Russia kicked Soros out of the country last year for good reasons.[1] It was Soros who helped ruin the Russian and Polish economy in the early 1990s.[2] Like the great white shark who can forcibly copulate with a female, Soros moves around and looks for his prey virtually everywhere. Matt Taibbi of the Rolling Stone said of Goldman Sachs six years ago:

“The first thing you need to know about Goldman Sachs is that it’s everywhere. The world’s most powerful investment bank is a great vampire squid wrapped around the face of humanity, relentlessly jamming its blood funnel into anything that smells like money.

“In fact, the history of the recent financial crisis, which doubles as a history of the rapid decline and fall of the suddenly swindled dry American empire, reads like a Who’s Who of Goldman Sachs graduates.”[3]

Obviously Soros wants to be like Goldman Sachs. Phil Butler puts it well when he says: “George Soros has a finger in every political pie there is. If there is a crisis on our world, it’s a safe bet he’s had a hand in it.”

One can say that Soros and Goldman Sachs are ideologically part of the same brotherhood. Their strategy is a little different, but the end result is the destruction of lives via the economic system (be it capitalism or socialism) and political manipulation. 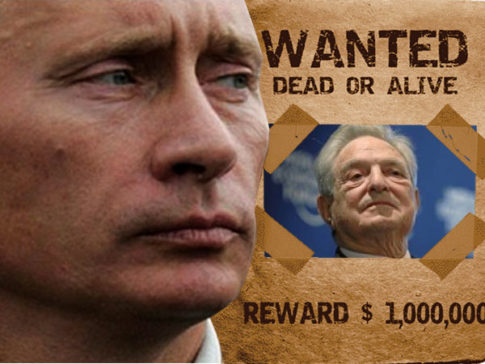 That’s why Soros seems to think that he is invincible. He thinks he can move the political and economic planet in a few blinks of an eye and no one can tell him to stop. In fact, he writes books such as The Alchemy of Finance. Soros thinks he can kill political stability throughout Europe and indeed in America with no challenge.Soros is certainly old, but he doesn’t want to be obsolete. His organization has recently been caught conducting covert operations designed to destabilize Russia. Here is an interesting quote from the leaked files of Soros’ Open Society Foundation:“Our inclination is to engage in activities and with actors that will understand and counter Russian support to movements defending traditional values…Naming and shaming from us is problematic: we are also in the business of channeling money into other countries for political purposes.”

According to Butler, this was all Soros’ own infection.[6] Soros wanted to bring down Russia’s traditional families. He wanted to turn Russia into a zoo, but he had to use terms such as “democracy” to deceive the masses.

So, when Soros wrote last February that “Putin is a bigger threat to Europe’s existence than Isis,”[7] he was marshalling his own diabolical plan, which arguably is consistent or congruent with what the Khazarian Mafia and their lackeys have been doing over the centuries. In fact, the Neoconservatives like Noah Rothman of Commentary continue to sing the ideological tune that “Russia is not your friend.”[8] Listen to Soros very carefully here:

“The leaders of the US and the EU are making a grievous error in thinking that president Vladimir Putin’s Russia is a potential ally in the fight against Islamic State. The evidence contradicts them. Putin’s aim is to foster the EU’s disintegration, and the best way to do so is to flood Europe with Syrian refugees.

“Russian planes have been bombing the civilian population in southern Syria forcing them to flee to Jordan and Lebanon. There are now 20,000 Syrian refugees camped out in the desert awaiting admission to Jordan.”[9]

What was the evidence that Russian planes were deliberately bombing the civilian population? Well, the evidence could be found in George Soros himself. Whatever comes out of his mouth is the truth. No further investigation is needed. No rigorous testing is required. Soros is the alpha and omega, the beginning and the end. And if evidence points to the other direction, then the evidence must be rejected, not Soros’ own words. If Russia is still obliterating ISIS in Syria, then the information is false because Soros did not approve it.

Soros has obviously been making a fool of himself, and he seems to realize that he is more vulnerable than ever before because he is not acting according to the dictates of practical reason. In that sense, he is anti-reason. He aspires to fulfill ideological dogmas and disregard the truth at any cost. 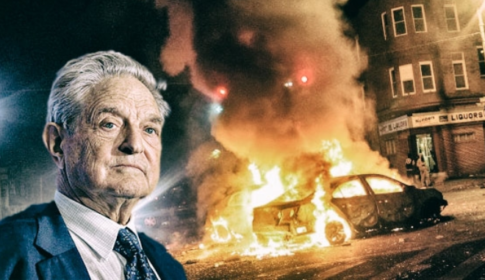 “Yes, Ferguson is my creation.”

So, whether Soros liked it or not, he was indirectly supporting Israel’s crimes by supporting organizations which sought to oust Assad. If Soros really had aspired to do some good, he would have framed his political weltanschauung upon reason, not upon wicked ideologies which ended up ruining one country after another.As we have indicated elsewhere, George Soros proves himself to be an agent of the New World Order by going after Russia, the very country that has been obliterating ISIS in Syria. ISIS has been using chemical weapons in the region, and no one, not even Soros, has said a word about this.[13]Russia obviously had enough of this man and eventually forbade him to enter the country. They eventually called him and his subversive organizations a “threat to Russian national security.”[14] Hungarian Prime Minister Viktor Orban said similar things.[15]F. William Engdahl argued last January that

“George Soros, the hedge fund speculator turned self-proclaimed philanthropist, and his tax-exempt foundations, are an integral part of that pre-emptive war machine.”

He is obviously right. Thank God Russia was more than willing to kick Soros out of the country. Thank God Putin was willing to act. Thank God for Russia, which is still shaking the very foundation of the New World Order and political Satanism:

1 thought on “Vladimir Putin to George Soros: Thank God we kicked you out of Russia”