Submitted by Joseph Jankowski of PlanetFreeWill

Board-certified medicine specialist and TV personality Dr. Drew Pinsky has come out and said that he is “gravely concerned” about presidential candidate Hillary Clinton’s health, pointing out that treatment she is receiving could be the result of her bizarre behaviors.

Appearing on KABC’s McIntyre in the Morning, Pinsky said he and his colleague Dr. Robert Huizenga became “gravely concerned….not just about her health but her health care,” after analyzing what medical records on Hillary had been released.

Pinsky pointed out that after Clinton fainted and fell in late 2012, she suffered from a “transverse sinus thrombosis,” an “exceedingly rare clot” that “virtually guarantees somebody has something wrong with their coagulation system.”

“What’s wrong with her coagulation system, has that been evaluated?” asked Dr. Drew.

Dr. Drew, known as “America’s most trusted physician,” added that the “weird” medication Clinton has been receiving could be exacerbating her health problems.

“So the very medicine doctors are using may be causing this problem and they’re using an old fashioned medicine to treat it – what is going on with her health care?” asked Pinsky.

Pinsky described the situation as “bizarre,” and said that Hillary’s medical condition was “dangerous” and “concerning”.

Dr. Drew also went on to add that it was a sign of “brain damage” when Hillary had to wear prism glasses after her fall. 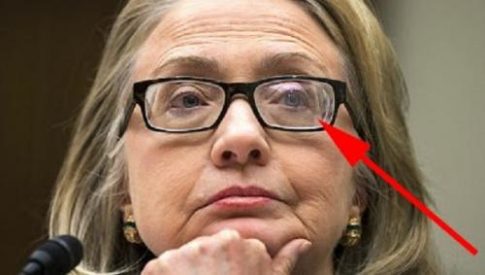 Although the Clinton Campaign has said that the controversy over Hillary’s health has been debunked and while the media feverishly attempts to paint any questioning of the medical condition of the Democratic party’s nominee as a “conspiracy theory,” it certainly says something when “America’s most trusted physician,” who regularly appears on mainline television, comes out and says he is deeply concerned about Hillary.