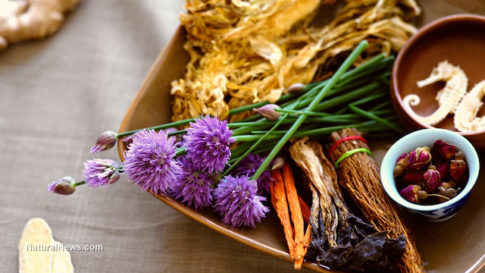 – Not just marijuana: The FDA has always denied the existence of therapeutic benefits associated with ALL plants:

Those who support the nationwide legalization of marijuana for therapeutic use, were disappointed by the Food and Drug Administration’s (FDA) recent failure to reclassify marijuana’s status from that of a Schedule I drug to another more appropriate classification.

Since 23 states have now legalized marijuana for medical use, and since numerous studies have confirmed its value as medicine and have proven that it is safe, it seemed the logical next step to begin relaxing the laws at the federal level.

Is marijuana really more dangerous than meth or PCP?

After all, Schedule I drugs under the Controlled Substances Act are defined as those having “high potential for abuse; no currently accepted medical use; [and] lack of accepted safety for use under medical supervision.”

Aside from marijuana, schedule I drugs include heroin and other drugs that can be considered dangerous. But to anyone with any semblance of an open mind, marijuana should not fall into this category – especially considering that Schedule II substances (which are legally considered less dangerous than Schedule I drugs), include methamphetamine, cocaine and PCP.

Could any sane person argue that marijuana is somehow more dangerous than meth, cocaine or PCP?

The truth is that the FDA does not operate on principles that could be considered sane. In fact, the agency’s long history of outlawing natural plant-based therapeutic substances clearly indicates that its chief mission is to protect the multi-billion dollar pharmaceutical industry.

For example, the FDA’s handling of one such plant-based medicinal substance – pyridoxamine – reveals the extent to which the agency is willing to stoop to protect the interests of drug manufacturers.

In 2005, the pharmaceutical company Biostratum, Inc., found out that pyridoxamine – the active ingredient of one of its new drugs – was already available as a natural supplement and had been on the market for decades.

Fearing the loss of profits, Biostratum approached the FDA asking the agency to declare supplements containing pyridoxamine as being “adulterated” – a move that would effectively prevent anyone other than Biostratum from selling the substance.

The FDA, always eager to please Big Pharma, even went a step further. Instead of declaring products containing pyridoxamine as adulterated, they declared that such products were not dietary supplements at all.

And if there was any doubt as to their motive in doing so, the FDA’s own statement reveals the real reason: “To allow such an article to be marketed as a dietary supplement would not be fair to the pharmaceutical company that brought, or intends to bring, the drug to market.”

Never mind that pyridoxamine had already been available for many years in the form of an inexpensive natural dietary supplement; now that a drug company had figured out a way to market pyridoxamine, that meant that everyone else had to stop selling it, or else face criminal charges.

But that’s just one example of the FDA’s true agenda of protecting Big Pharma interests by banning almost anything of therapeutic value that happens to be made from a plant – unless, of course, some drug company happens to have a patent on its use.

The horrible dangers of cherries

Another example of this policy of banning natural substances involves the dangerous fruit known as the cherry. That’s right – cherries.

In 2005, the FDA banned websites from posting information regarding the health benefits of cherries, which include lowered risk of colon cancer, easing of arthritis symptoms, lowering of cholesterol levels and the risk of heart disease, to name just a few.

From the Alliance for Natural Health:

“According to the FDA, when cherry companies disseminate this peer-reviewed scientific information, the cherries become ‘unapproved new drugs’ and are subject to seizure. The FDA warned that if those involved in ‘cherry trafficking’ continue to inform consumers about these scientific studies, criminal prosecutions would ensue.”

In the topsy-turvy FDA reality tunnel, cherries are dangerous drugs and marijuana has no therapeutic value – yet useless and dangerous (not to mention expensive) chemical drugs such as those used to treat cancer and depression are allowed to be marketed by pharmaceutical companies to the tune of billions in profits.

And so, it should be no surprise to anyone that marijuana continues to be considered a dangerous substance, worse than meth or PCP. That’s just the way things go when the FDA is involved …