The brain, being a receiver, receives an enormous amount of information every moment of our lives, that does include information about the future.

… and in my opinion you better be as fit and as prepared as possible.

– Meet The Spornosexual: How A Weak Economy Sparked The Selfie-Generation:

Poor economies impact countries in a number of detrimental ways including higher rates of poverty, unemployment and chronic disease. Now, a new study shows the bad economy is to blame for another unfortunate trend: the rise of the selfie generation and “spornosexuality.”

As PlanetFreeWill.com’s Joseph Jankowski reports, according to a new study from the University of East Anglia (UEA), young men are seeking value through their bodies rather than traditional value creation because of poor economic conditions.

Since the 2008 financial crisis, more men have been taking to social media to post images of their fit bodies, says the study’s author, Dr Jamie Hakim.

“One of the most interesting aspects of this development is the power-shift of a segment of society who have historically defined themselves through their mind, whilst at the same time defining those they have subordinated – women, gay and working-class people – through their bodies,” said Dr Jamie Hakim.

“The former group has historically been employed as high-paid decision-makers, whilst the latter have had to rely on their bodies for low- or no-pay work, such as manual and domestic labour, slavery and sex work.”

The study, titled ‘The Spornosexual’: the affective contradictions of male body-work in neoliberal digital culture’, was published on Thursday in the Journal of Gender Studie.

“Austerity has eroded young men’s traditional means of value-creation so they have become increasingly reliant on their bodies as a means of feeling valuable in society,” Dr. Hakim continued.

“In theoretical terms, so-called ‘spornosexuality’ is an embodied response to material changes brought about by neoliberal austerity.”

The study found that the amount of 16 to 25-year-old men attending the gym between 2006 and 2013 significantly increased. 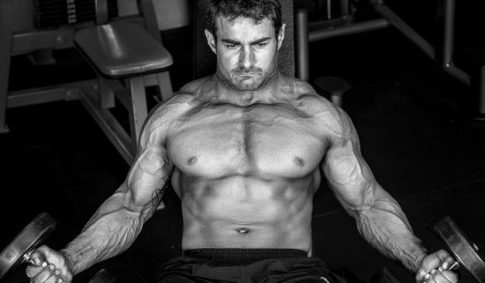 Hakim denies the growing interest in bodybuilding as simply a new craze.

“The rise of men going to the gym and sharing images of their worked-out bodies began around 2008, coinciding with the intensification of neoliberalism that occurred in response to the 2008 economic crash and the following austerity measures,” Hakim said. “This is no coincidence.”

“There is a correlation between the rise of young men fashioning muscular bodies and sharing them online, and the austerity measures experienced by their generation,” the study’s author says.

“These economic tactics are widening inequality, especially for those born after 1980, with prohibitively high house prices, the loss of secure long-term contracts, tuition fees and other hurdles to economic security.”

Highlighting the lack of opportunity for young men since the 2008 crash, the Congressional Budget Office found that 1 out of 6 young men inside the United Sates in 2014 were jobless or incarcerated.

Breitbart reported back in May:

According to the Congressional Budget Office (CBO), out of the 38 million young men in the U.S. in 2014, 16 percent were jobless (5 million or 13 percent) or incarcerated (1 million or 3 percent). The share of young men without a job or in prison has increased substantially since 1980, when just 11 percent of young men fit into either category.

In a shocking recent study by Pew Research, which highlights the economic struggle young men, and millennials in general, are going through, it was found that for the first time in 130 years Americans ages 18-34 are more likely to live with their parents than in any other living situation.

As more and more good paying jobs leave the United States, it can come as no surprise that young men, who once sought validation through the acquisition of labour, starting a family, and buying a home, are struggling to find themselves and traditional manhood.