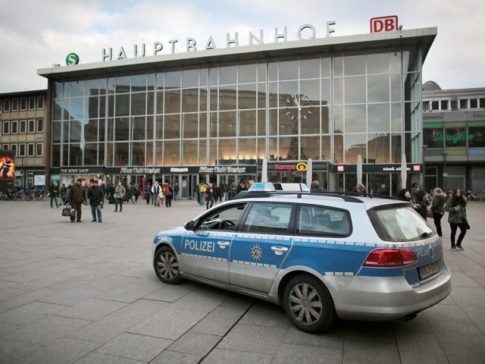 REUTERS — A man was seriously wounded in an attack in Cologne city center in the early hours of Monday, police and the public prosecutor’s office said, adding that there were no signs of a terrorist motive.

The 34-year-old was taken to hospital with stab wounds and head injuries, police and prosecutors said in a statement. Eyewitnesses said several people were involved in an argument.

Police, who received emergency calls around 3.45 a.m. (0145 GMT), found traces of blood and shattered glass at the scene and said they were investigating whether several spent gun cartridges they found were also linked to the incident.

There has been a spate of indiscriminate attacks against civilians in Germany in recent weeks, including two claimed by the Islamic State group and a mass shooting in Munich by a deranged 18-year-old that was also initially seen as terrorism-related.

Police and prosecutors said the reason for the Cologne attack was not yet known.

They said eyewitnesses reported seeing several cars speeding away and that a number of people were taken in for questioning. Police also secured two vehicles suspected of being linked to the attack.