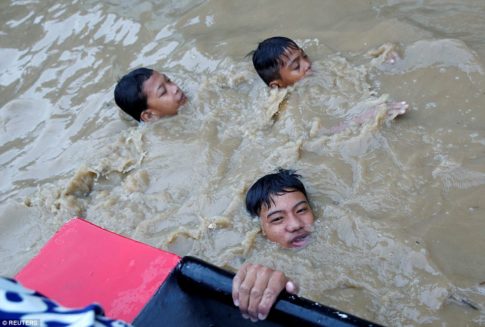 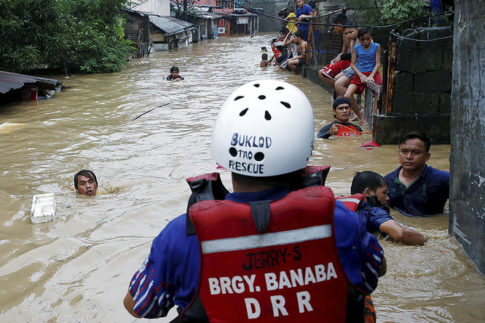 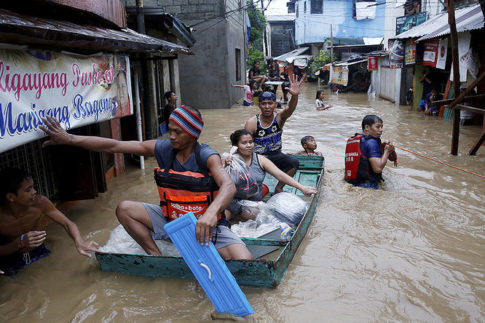 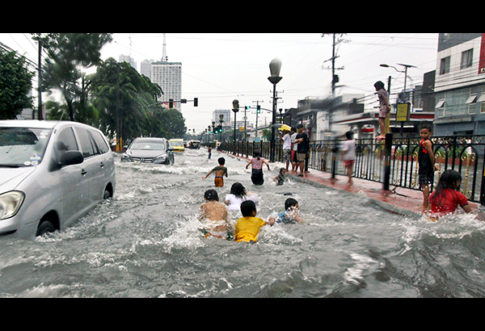 MANILA, Philippines – Residents living in low-lying areas and near waterways in Metro Manila were ordered evacuated yesterday as torrential rains caused by the southwest monsoon continued to affect the capital and nearby provinces.

According to Laging Handa Philippines, the government’s crisis communication center, La Mesa Dam was at 80.5 meters as of 2:30 p.m., or 10 centimeters below overflow level.

The Marikina City government also ordered the mandatory evacuation of residents near the Marikina River as it reached Alert Level 4 or over 18 meters, well above the 15-meter critical level.

The Philippine Atmospheric, Geophysical and Astronomical Services Administration (PAGASA) said the rainy weather experienced in Metro Manila and nearby provinces is expected to persist until tomorrow.

State weather forecaster Samuel Duran said a low-pressure area and a tropical depression outside the Philippine area of responsibility have enhanced the southwest monsoon.

Duran said the low-pressure area, which was located north of Batanes, exited the country yesterday but would continue to indirectly affect the country’s weather.

“Monsoon rains which may trigger flashfloods and landslides will be experienced over Metro Manila and the provinces of Zambales, Bataan, Pampanga, Pangasinan, Nueva Ecija, Tarlac, Bulacan, Rizal, Cavite, Laguna and Batangas,” PAGASA said.

Meanwhile, Duran said the tropical depression over the Pacific Ocean is not expected to enter the country but may also enhance the southwest monsoon.

The weather forecaster said some parts of Metro Manila recorded as much as 39 millimeters of rain in one hour, which is classified as torrential.

On the other hand, a yellow rainfall warning, which could cause flooding in low-lying areas, was issued in Bulacan, Pampanga, Nueva Ecija, Tarlac and Laguna.

“They are getting reports from the Metropolitan Manila Development Authority (MMDA) on the status of the Marikina River and are preparing for preemptive evacuations,” the Palace said.

As of 3:30 p.m. yesterday, monitoring by the MMDA reported 18 flooded areas in Manila, Quezon City, Caloocan and Pasay City.

The Sapang Balas tunnel along the Subic-Clark-Tarlac Expressway in Dinalupihan, Bataan was also not passable to light vehicles due to heavy flooding.

Jess Martinez, assistant media affairs division head, said the diversion of some domestic and international flights last Friday was due to poor runway visibility brought about by the prevailing bad weather.

These flights arrived at the NAIA yesterday morning.

However, another five flights were diverted to Clark while several flights were again cancelled yesterday due to the bad weather.

Meanwhile, Department of Social Welfare and Development (DSWD) officials said they were monitoring the situation and were ready to provide assistance to concerned local government units.

As of yesterday, the DSWD said there were a total of 195,845 family food packs ready for distribution, aside from the 10,000 brown rice bars given to the agency by the DWD-National Resource Operations Center.  – With Christina Mendez, Rhodina Villanueva, Rudy Santos, Ding Cervantes, Ramon Efren Lazaro, Mike Frialde, Rainier Allan Ronda