A “mini ice age-like situation” is on the way.
– Shrinivas Aundhkar, director, Mahatma Gandhi Mission at the Centre for Astronomy and Space Technology

“Could have much greater impact than previous estimates.”
– Jorge Sanchez-Sesma, Mexican Institute of Water Technology 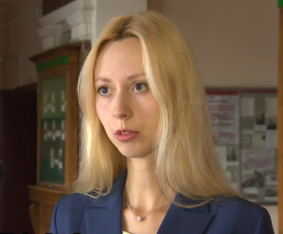 Professor Valentina Zharkova at Northumbria University is being attacked by climate change proponents for publishing research suggesting there could be a 35-year period of low solar activity that could usher in an “ice age.” (I’ve posted previously about Professor Zharkova.)

Zharkova and her team of researchers released a study on sunspot modeling, finding that solar activity could fall to levels not seen since the so-called “Little Ice Age” of the 1600s. Zharkova’s conclusions may have huge implications for global temperature modeling, but her analysis is not accepted by some climate scientists.

“Some of them were welcoming and discussing. But some of them were quite — I would say — pushy,” she told The Global Warming Policy Forum (GWPF) in an interview on her solar study.
In fact, Zharkova said some scientists even tried to have her research suppressed.

“They were trying to actually silence us,” she said. “Some of them contacted the Royal Astronomical Society, demanding, behind our back, that they withdraw our press release.”

Similar to the Maunder Minimum

Zharkova’s team incorporated solar data into predictive models and found that the sun is heading into a period of low solar activity similar to the Maunder Minimum of the late 1600s. During this time, scientists believe low solar activity contributed to cooler average global temperature.

“The rivers are frozen,” she added. “There are winters and no summers, and so on.”

The so-called “Little Ice Age” is a controversial topic among scientists. Some argue low solar activity contributed to cooler temperatures over Europe and North America, but others argue volcanic activity drove temperatures lower since the trend began before solar activity fell.

“The Royal Astronomical Society replied to them and CCed to us and said, ‘Look, this is the work by the scientists who we support, please discuss this with them,’” Zharkova told the GWPF.

“We had about 8 or 10 exchanges by email, when I tried to prove my point, and I’m saying, I’m willing to look at what you do, I’m willing to see how our results we produced and what the sun has explained to us,” she said. “So how this is transformed into climate we do not produce; we can only assume it should be. So we’re happy to work with you, and add to your data our results.

“So don’t take the sunspots which you get, we can give you our curve. Work with our curve. So they didn’t want to,” she said.
Zharkova isn’t the first to suggest a period of low solar activity is on the way that could cause a cooling trend. Solar activity was reportedly at a 200-year low in February.

Could have much greater impact than previous estimates

A July 2015 study by Jorge Sanchez-Sesma at the Mexican Institute of Water Technology found the oscillations in the amount of sunlight reaching the Earth could have a much bigger cooling impact on the climate than previous estimates by climate scientists.

Sanchez-Sesma examined solar cycle data going back 100,000 years and compared them to about 25,000 years of surface air temperature data in the Congo River Basin and found that “information from reconstructions and models indicates a potential continental tropical temperature cooling of around 0.5oC for the rest of the 21st century.”

Shrinivas Aundhkar, director of India’s Mahatma Gandhi Mission at the Centre for Astronomy and Space Technology, said in 2015 that declining solar activity could mean a “mini ice age-like situation” is on the way.

“We can expect serious cooling”

In 2013, Professor Cliff Ollier at the University of Western Australia posited low solar activity could bring cool the planet.

“There is a very good correlation of sunspots and climate,” Ollier wrote. “Solar cycles provide a basis for prediction.”

“Solar Cycle 24 has started and we can expect serious cooling. Many think that political decisions about climate are based on scientific predictions but what politicians get are projections based on computer models,” he wrote.

Russian scientists argued in 2012 the world could expect the start of the another Little Ice Age starting in 2014.

“After the maximum of solar cycle 24, from approximately 2014 we can expect the start of deep cooling with a Little Ice Age in 2055,” wrote Habibullo Abdussamatov of the Russian Academy of Science.