African invaders flooding across the Mediterranean Sea have laid siege to the borders of France and Switzerland in their attempts to break into welfare-rich northwestern Europe.

Significant bottlenecks have formed on the French-Italian border, and Swiss authorities report that they are “overwhelmed” at the extent of the nonwhite invasion. 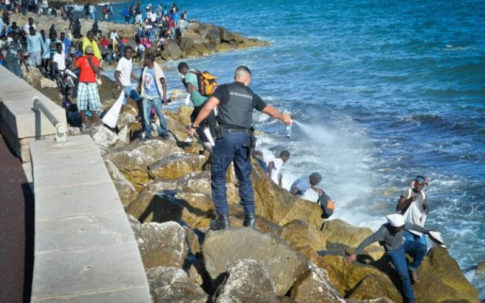 The most recent flare-up on the Italian-French border at the town of Ventimiglia saw several hundred African invaders physically storm the border, and then run into the sea and onto the beaches in their attempts to cross into France.

Italian Interior Minister Angelino Alfano announced that Ventimiglia had become “Europe’s new immigration emergency” and that they were trying to prevent it becoming another Calais “Jungle.”

The Italians are trying to transfer the invaders to “reception centers” in other parts of the country in order to prevent the development of a ramshackle camp which already houses nearly 1,000 Africans near the town.

“The future of Europe is being played out on the Ventimiglia border, including at the Italian-French border post,” Alfano said in an interview with La Repubblica newspaper.

Fortunately, most of the horde of invading Africans were captured by French police in this particular incident and retuned to Italy, but they are bound to try again.

Italian police have confiscated a small arsenal of weapons from the Africans, including clubs, knives, axes, and wrenches. Most of them are living in charity-run centers where they are provided with basic shelter and food and drink. Others are living on rocky shoals on the Italian side of the frontier, hoping for a chance to cross illegally.

At least 500 of the invaders are also camping out in a park in the picturesque lakeside town of Cuomo, home of many of the jet-set wealthy elite. 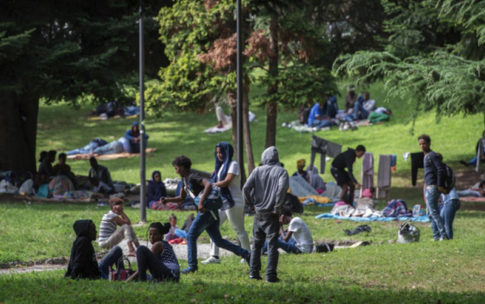 France has refused to officially let the Africans in, insisting that the European Union rules on “asylum” state that they should remain in the first country of landing to make their asylum claims.

This rule, set out in the “Dublin Agreement,” was unilaterally abrogated by German Chancellor Angela Merkel last year when she invited the Third World to come to Germany.

Meanwhile, Swissinfo reports that the number of nonwhites detained trying to enter Switzerland illegally this year has reached 22,181, with a third of those in July alone.

In addition, Swiss border guards have turned away another 4,149 nonwhites trying to cross the border in July. Since the beginning of the year, at least 8,298 invaders have been stopped at the border crossings and turned back.

At least 3,560 of the invaders were deported across the border back into Italy—more than the number of people for the whole first seven months of 2015.

The number of illegal immigrants found in Switzerland—22,181—had also increased from 13,213 for the same period last year. Most of these invaders came from Eritrea, Gambia, Afghanistan, Nigeria, and Somalia. Guards could not determine the nationality of anther 1,284 of the nonwhites.

The Swiss are however not managing to stop all of them. As reported in Die Welt newspaper, the German-Swiss border town of Weil am Rhein in southern Baden has now been “overwhelmed” with the influx of fake asylum seekers from Africa. 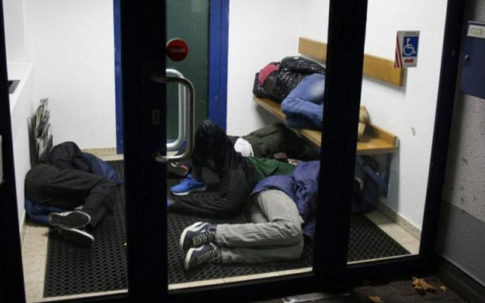 Africans sleeping in the entrance hall of the Weil am Rhein police station.

Even though they obviously do not qualify for asylum, even by the absurd European Union definitions, the Africans are immediately taken into care and given tickets for the local high-speed train to Karlsruhe, and told to report there.

“Whether they actually go to Karlsruhe or not, we do not know,” police station commander Katharina Mutter admitted to Die Welt. Once the invaders get into Germany, they are free to roam across borderless Europe.