… NOT because of Hungary & Victor Orban …

…but because of WW3: 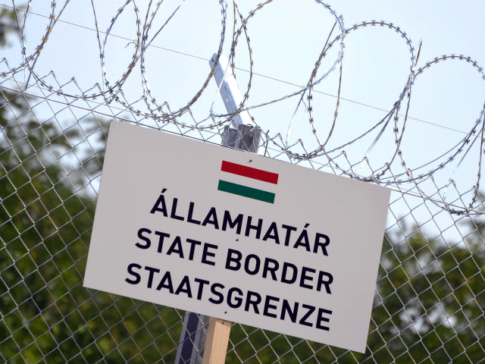 Interviewed on German television station ZDF, Valentin and Jennifer Duräder, both in their early twenties, are hoping to make a new life in Hungary. They say that they no longer have any prospects living in Germany, and that is down to the arrival of the migrants:

“[Migrants] get accommodation, food is given to them. In plain German, they get the money handed to them, and we Germans have to cut back.”

Jennifer, who is pregnant with her first child, is frightened of the prospect of raising her family in this ‘new Germany’, saying that “Germany is no longer what it once was. It’s just war.”

The Bavarian couple met with Ottmar Heide, a German estate agent living near Lake Balaton, Hungary. According to the German expatriate, 80 per cent of those interested in buying a property in the region are fleeing Merkel’s policies.

Mr. Heide remarked: “People say that they are completely fed up, and that things are getting worse in Germany. And they welcome the policy of Orbán.”

“People want to get away. They complain about the policies of Merkel. The fear of war, or civil war.”

He added that the Hungarian Prime Minister has protected his country with a border fence against “Muslims, intruders, and economic migrants”, and, so far, the country has been free from terrorism.

The seller of the property that the young couple viewed, which is on the market for €14,000 (around £12,000), said: “We are Christians…We don’t want Muslim neighbours. They have a different culture and are aggressive. And this we can’t accept.”

Approximately 30,000 Germans live on Lake Balaton, this number is said to have increased in the past year since the migrant crisis began.

This week Breitbart London reported that a family of Germans drove to Russia to claim asylum, stating that they no longer felt that their home country was safe due to the huge migrant influx.