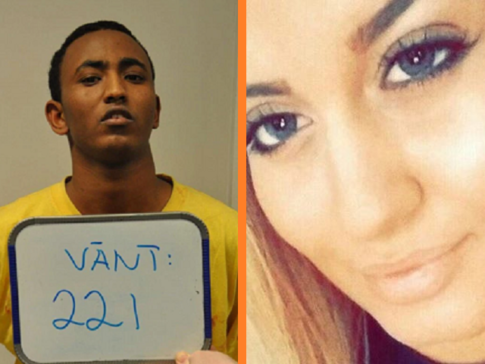 The Somalian migrant who murdered asylum worker Alexandra Mezher earlier this year has been sentenced to psychiatric care in a Swedish court for manslaughter.

Alexandra Mezher was murdered in January of this year by Somalian migrant Youssaf Nuur who stabbed the 22 year old to death in the asylum home where she worked. The migrant had claimed to be a minor, but after it was revealed that the Somalian was in fact an adult he was put on trial for her brutal murder.

Over seven months after her murder, the migrant accused of stabbing Alexandra to death has been convicted of manslaughter, aggravated assault, and attempted aggravated assault. However, Nuur has not been given a prison term but rather sentenced to psychiatric care, Afton Bladet reports.

Although the prosecutor in the case wanted to see the Somalian man convicted for murder, the judge gave credence to the argument of the defence lawyer who said that the entire incident had been an “accident” and that the Somalian migrant had not intended to kill Ms. Mezher at all.

“It could have been a very sad accident,” claimed defence lawyer Claes Kennedy, who said that his client had accidentally stabbed Ms. Mezher repeatedly in a struggle for the weapon. But the prosecutor also noted that the man had to be restrained by several others in the asylum home until police arrived.

The family of the victim was incredibly disappointed by the verdict and said through their lawyer, Hans Gaestadius, that they would look to appeal the verdict. “The court does not believe this was a murder, but we do. We will move forward from there,” Mr. Gaestadius told Swedish press.

While the court in its ruling declared that the migrant’s actions had been “conscious and thus not a reflex or involuntary”, a psychiatric evaluation was given to him that claimed he was under serious mental illness both at the time of the murder and during the trial itself.

According to the Rättsmedicinalverket, the Swedish national forensic medicine agency,  the Somalian suffered from depression and suicidal thoughts and as a result the court sentenced the man to psychiatric care with possibility of discharge under special review.

If the Somalian is discharged he will be deported from the country and will not be allowed back in Sweden until 2026 – a mere ten years. He is also being fined 300,000 Swedish kroner which will go to the family of the victim.