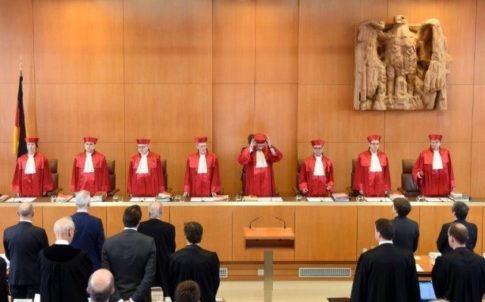 – Over 6,000 Migrants Sue Germany For Taking Too Long With Asylum Claims:

Over 6,000 migrants are suing the German government because they say that their asylum claims are taking too long to process.

After receiving over one million new migrants looking to claim asylum in 2015, the German Federal Office for Migration and Refugees (BAMF) has been unable to shift a significant backlog of cases to process. The agency has long been troubled with extended waiting periods to deal with asylum claims, with the average waiting time being around five to six months.

Complex cases in which migrants do not have passports or identification can take even longer. Now many migrants are dissatisfied with the wait and are looking to lawyers to bring suits against the government, reports German magazine Focus Online.

Over 6,000 migrants have made formal complaints to BAMF over the speed with which their asylum claims have been handled, and they are actively suing the government body over what they are calling “inactivity” on the agency’s part. The number of successful cases of courts intervening in the region of Hessen alone is over 100 – a huge increase from the previous years where in 2014 and 2015 only 45 cases taken to court against BAMF have been successful.

Court spokesman for Hessen, Reinhard Ruthsatz, foresees that these lawsuits could only be the beginning, believing that what could follow could be a tidal wave of litigation against the government by migrants. In the region of Hessen alone there are 400 pending complaints toward BAMF over waiting times.

This is not the first time migrants have tried to speed up the process of asylum by taking BAMF to court. In January of this year thousands of migrants made formal complaints about the speed of their claims. Now across Germany over 6,000 complaints are currently pending – up a further two thousand from March of this year – and it is a trend that is likely to continue to grow.

Though some of the complaints have been successful, spokesman of the administrative court in Hessen, Reinhard Ruthsatz, claims that most of the suits will not find in favour of the migrant. According to Mr. Ruthsatz, it takes six to nine months for BAMF to process an asylum claim.  The speed of a formal complaint can be as long as twelve months, meaning that most migrants will have their asylum claims processed before any decision would ever be reached on the legal complaint.

In the Hessian city of Darmstadt 70 complaints were launched against BAMF by migrants and according to Mr. Ruthsatz all of them were dismissed.

While asylum seekers want to have their claims processed as quickly as possible, critics of any expediting of the procedure have warned that it could result in improper background checks which could be used by Islamic State to smuggle in even more fighters to commit acts of terror in Europe.