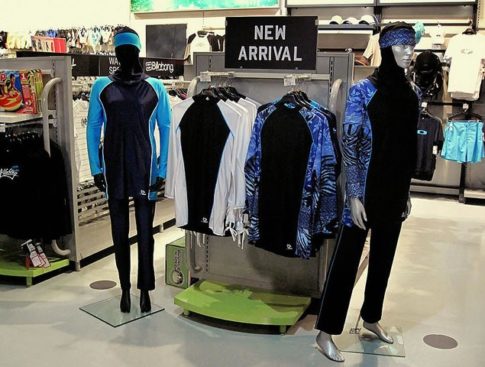 An event touted as a “Burkini Pool Party” in France has been cancelled after organizers claimed to have received threats including bullets that were mailed to them.

Organisers at the Speedwater pool in Pennes-Mirabeau, near Marseilles provoked outrage from politicians and locals after they announced they would be holding a burkini-only pool party at the swimming pool.

The group who held the event, a woman’s Muslim association called Smile 13, has now announced that the event will be canceled. According to the group they had received multiple threats against their staff including an envelope mailed to them which included several bullets, Le Figaro reports.

The Mayor of Pennes-Mirabeau, Michel Amiens, railed against the group who organised the event last week saying that the event should have been banned and claimed that he was shocked and angry over what he saw as a provocation. Now that the event has been formally canceled by the swimming pool and the mayor, Mr. Amiens has taken a more diplomatic tone suggesting that the cancellation would calm the situation.

“The manager of the pool had not considered the sheer emotion that organising this event could generate,” the mayor claimed, adding, “We saw the reactions on social media that were completely outrageous, Islamophobic, xenophobic, and racist, which I totally condemn, but given the circumstances, we must ease the situation.”

Smile 13 themselves have claimed that they have received multiple threats via email and by post, one letter including bullets.

The organisation, which claims to be a social group for Muslim women and children, requested in the flyer advertising the event that all bathers in the swimming pool wear the controversial Islamic sharia-approved swimwear known as the ‘burkini’ which has been banned in some swimming pools in Germany due to health and safety reasons.

The group had also made clear that the burkini party was for women and children only and that men were banned from attending, except for boys under ten years of age. The separation of men and women in Islamic law extends not only in mosques where women and men pray in separate areas, but also in swimming pools.

Some blame this lack of familiarity with women in swimming pools for the huge number of sexual assault cases by Muslim migrants in German swimming pools which have occurred this year with a steady regularly.

Normally the pool would not allow women bathers to don the controversial swimwear but they had made an exception for the Smile 13 event. In France, where secularism is firmly enshrined in the law, the full-face Islamic veil has been banned for a number of years and any push toward the Islamisation of French public life is met with heavy resistance from the public.