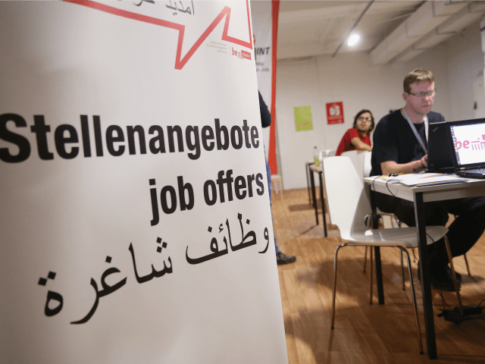 The Federal Anti-Discrimination Agency said in a report that the German government could bring in a measure similar to the controversial “women quota” that tells large publicly-traded companies to include at least 30 per cent women on their boards.

The group also calls for the companies to have better “diversity goals” and employ more people from a variety of “protected categories”, including people of different religions, ethnicities and sexualities.

Die Welt writes that the report’s suggestions go far beyond the requirements of European Union law, and some have criticised it for increasing costs and bureaucracy.

In fact, German anti-discrimination law is already so complex and wide-ranging that around a third of workers in the country say they have been discriminated against under one criteria or another in the past two years alone.

However, only six per cent found the discrimination to be serious enough to warrant legal action. Rather than calling for the law to be clarified, however, the Federal Anti-Discrimination Agency says people must make more complaints.

“People affected by racism complain very little,” the agency said, adding that the low rate of complaints do not mean there is a lack of racism. Instead, it can be interpreted as “a sign of inadequate incentives and resources available.”

The report comes a month after it was revealed that the vast majority of large German companies have not employed a single migrant, despite well over a million arriving in the country during the previous year.

The Frankfurter Allgemeiner Zeitung conducted a survey, finding that most of the top 30 companies on the German stock exchange (DAX) were unable to employ any migrants as they lacked the necessary qualifications.

In total, they had hired just 54 migrants despite employing over four million workers between them.