Just when you thought the Presidential election was spiraling out of control and politics couldn’t get any more surreal, we present to you a trio of lesser-known politicians that took things to a whole new level this week… 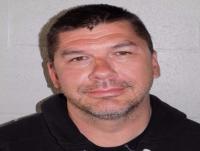 Our first Politician Gone Wild is Mayor Anthony Silva of Stockton, California, who was arrested on Thursday on charges of playing strip poker and providing alcohol to minors at a youth camp he runs for impoverished children.  An FBI investigation of Silva led to the discovery of a video saved on Silva’s cell phone which the District Attorney’s office discussed with NBC:

“The audio of the surreptitious recording clearly indicates that the participants did not want to be recorded. Witnesses also informed FBI agents that Silva provided alcohol to the participants, all of whom were underage, including a minor.”

Mayor Silva has since been released on bail and intends to plead not guilty.

Meth for Sex with Mayor Silverthorne: 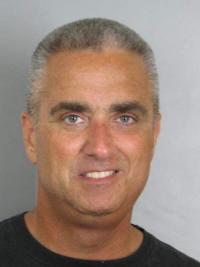 Next there is Fairfax City, Virginia Mayor R. Scott Silverthorne, a supporter of Hillary Clinton, who was arrested Thursday after allegedly giving methamphetamine to an undercover police officer in exchange for sex, according to HeatStreet.

According to Fairfax County police, they encountered Silverthorne after learning of an individual who was distributing meth through a website used to arrange male-on-male sexual encounters.

An undercover detective created a profile on the site and was contacted by Silverthorne, who said he could provide meth in exchange for sex. They arranged to meet at a hotel, where Silverthorne was arrested for felony distribution of methamphetamine.

As if that wasn’t bad enough, Mayor Silverthorne is apparently also a substitute teacher in the Fairfax County Public School system. 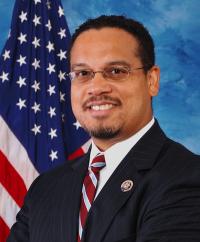 Our final case comes from the Daily Caller which pointed out a job posting on Minnesota House of Representatives Member Keith Ellison’s (D) website seeking interns for the fall.   Within the posting the Democrat describes that he’s seeking “interns who are curious, hardworking, and passionate about serving Minnesota’s 5th district.”  But there’s one small catch, per the posting:

“People of color, LGBTQ individuals, women, and people with disabilities are strongly encouraged to apply.”

Well that pretty much covers anyone that isn’t a straight, able-bodied, white, male.  Got it.