– This U.N. Official Accidentally Crushed His Own Throat Right Before He Was Set To Testify Against Hillary Clinton

Call it conspiracy theory, coincidence or just bad luck, but any time someone is in a position to bring down Hillary Clinton they wind up dead. In fact, as we noted previously, there’s a long history of Clinton-related body counts, with scores of people dying under mysterious circumstances. While Vince Foster remains the most infamous, the body count is starting to build ominously this election cycle – from the mysterious “crushing his own throat” death of a UN official to the latest death of an attorney who served the DNC with a fraud suit.

As GatewayPundit’s Jim Hoft reports,on July 3, 2016, Shawn Lucas and filmmaker Ricardo Villaba served the DNC Services Corp. and Chairperson Debbie Wasserman Schultz at DNC’s headquarters in Washington, D.C., in the fraud class action suit against the Democrat Party on behalf of Bernie Sanders supporters (this was before Wikileaks released documents proving the DNC was working against the Sanders campaign during the 2016 primary). 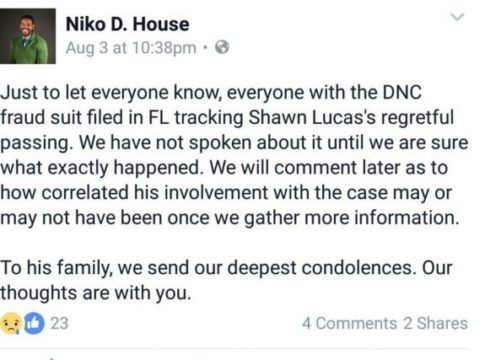 According to Snopes Lucas was found dead on his bathroom floor.

We contacted Lucas’ employer on 4 August 2016 to ask whether there was any truth to the rumor.

According to an individual with whom we spoke at that company, Shawn Lucas died on 2 August 2016. The audibly and understandably shaken employee stated that interest in the circumstances of Lucas’ death had prompted a number of phone calls and other queries, but the company had not yet ascertained any details about Lucas’ cause of death and were unable to confirm anything more than the fact he had passed away.

An unconfirmed report holds that Lucas was found lying on the bathroom floor by his girlfriend when she returned home on the evening of 2 August 2016. Paramedics responding to her 911 call found no signs of life.

This follows the death of 27 year-old Democratic staffer Seth Conrad Rich who was murdered in Washington DC on July 8. The killer or killers appear to have taken nothing from their victim, leaving behind his wallet, watch and phone.

Shortly after the killing, Redditors and social media users were pursuing a “lead” saying that Rich was en route to the FBI the morning of his murder, apparently intending to speak to special agents about an “ongoing court case” possibly involving the Clinton family. 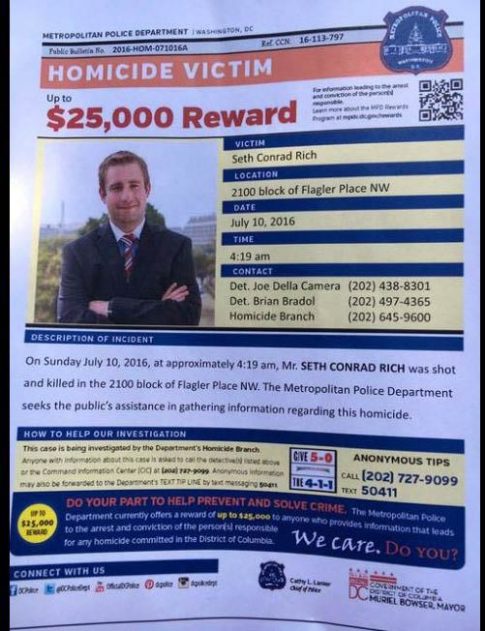 So, to summarize, courtesy of Janet Tavakoli, the Clinton related body count so far this election cycle:  Five in just under six weeks – four convenient deaths plus one suicide…

2) Victor Thorn, Clinton author (and Holocaust denier, probably the least credible on this list) shot himself in an apparent suicide. Conspiracy theorists at Mystery Writers of America said some guys will do anything to sell books. (DOD August, 2016)

3) Seth Conrad Rich, Democratic staffer, aged 27, apparently on his way to speak to the FBI about a case possibly involving the Clintons. The D.C. murder was not a robbery. (DOD July 8, 2016)

4) John Ashe, UN official who allegedly crushed his own throat while lifting weights, because he watched too many James Bond films and wanted to try the move where the bad guy tries to…oh, never mind. “He was scheduled to testify against the Clintons and the Democrat Party.” (DOD June 22, 2016)

If former Secret Service agent Gary Byrne is to be believed, this is business as usual for the Clintons. Excerpt via Zero Hedge:

SEAN: She does not have the temperament?

BYRNE: She’s dishonest, she habitually lies, anybody that can separate themselves from their politics and review her behavior over the past 15 years…