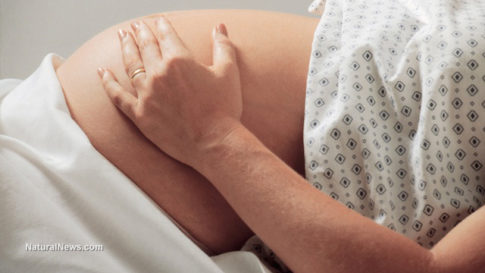 Researchers from MIT (Massachusetts Institute of Technology) have developed a brand new vaccine – in just seven days, believe it or not – that they claim is capable of treating everything from Ebola and H1N1 influenza, to the newest villain on the block: the Zika virus that’s on everyone’s minds as the 2016 Summer Olympics in mosquito-ridden Rio De Janeiro, Brazil, rapidly approaches.

Omar Khan, a chemical engineer who helped conduct research into the new vaccine, says it uses messenger RNA, or mRNA, to provoke an immune response in the body. mRNA is a special type of genetic material that’s responsible for manufacturing proteins in cells, which can be customized and coded to target a variety of illnesses. And according to experts, it’s already been shown to have a 100 percent success rate in mice.

The way it works is these mRNA vaccines are injected into molecules where they can then be manipulated in terms of their electrical charge and shape. Based on the coding used to alter them, these mRNA vaccines gain special entry rights into cells, working much in the same way as viruses that do the same thing to their cellular hosts.

“Things like Zika, or the recent Ebola outbreak – we can rapidly respond to that within seven days,” Khan told reporters. “So when there’s an extraordinary need and you need something that is safe, then we have the ability to make that happen.”

Cancer, genetic damage and other unknowns: Should pregnant women really be exposed to this?

But is this vaccine technology actually safe? DNA-based vaccines like the type of which Khan speaks are riskier than traditional vaccines, because they have the potential to induce “insertional mutagenesis,” meaning they can trigger genetic mutations due to the unnatural interaction of new genetic material with healthy genes.

DNA-based vaccines have also been linked to increasing one’s risk of cancer. If this DNA were to integrate into the host genome, which is entirely possible, it could switch on oncogenes while switching off tumor suppressor genes, increasing the likelihood of carcinogenesis.

Serious adverse events associated with DNA vaccines and other forms of experimental medicine are often missing from mainstream news reports, which is why we’ve compiled a full layout of independent science at Science.NaturalNews.com.

DNA vaccines need to undergo many more years of intensive research before they’re ever allowed to hit the market – if they’re ever allowed to be released at all! And yet there are already efforts afoot to start testing them on humans, specifically pregnant women who are among the most vulnerable when it comes to the possible adverse effects of experimental medicine.

A paper out of Emory University gives its own rationale for why potentially deadly vaccines need to be injected into pregnant women. We have a serious threat, the paper claims, of Zika harming pregnant women, which is why potentially harmful vaccines need to be injected into them as soon as possible in order to evaluate their safety.

In other words, women carrying around unborn babies need to volunteer as human guinea pigs to see if a potentially deadly vaccine for Zika can protect them from a potentially deadly disease. It’s circular reasoning at its finest, and similar to the argument Nancy Pelosi made for passing Obamacare: We’ve got to enact it first before we can find out what’s in it!

Without knowing exactly what these DNA vaccines might do to a woman and her unborn baby, both in the short-term and throughout the rest of their lives, it’s wholly irresponsible to suggest that these vaccines be injected willy-nilly for testing purposes. Have we forgotten about the human rights abuses that are now prohibited in the Nuremberg Code?