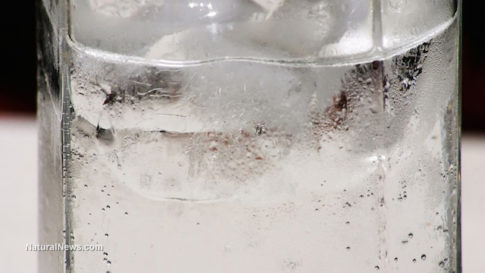 On Tuesday, July 26, Florida’s Environmental Regulation Commission voted 3-2 in favor of passing controversial new water quality standards that will raise the maximum allowable levels of more than two dozen cancer-causing chemicals to be dumped into the state’s rivers and streams.

The new standards, which were based on Florida Department of Environmental Protection (DEP) recommendations, were passed despite strong opposition from clean water advocates who say that the move poses a serious health threat and paves the way for widespread fracking operations in the state.

The higher maximum allowable levels apply to several of the toxic chemical byproducts produced by fracking, such as benzene, leading opponents to the conclusion that the new criteria were designed to protect the fracking industry, rather than the health of Floridians.

Benzene is a known carcinogen, and the raising of allowable limits of the toxin in Florida’s waterways is seen by environmentalists as a suspicious and dangerous move.

Benzene limits are often set higher in places where fracking operations take place, and the new DEP standards were set to nearly triple the maximum allowable levels of benzene – until protests from environmentalists and the public prompted the regulators to reduce the new limits.

The previous benzene limits in Florida were already set higher than federal standards, and – even after being adjusted before the vote – the new limits will be set to nearly double federal standards.

From the Miami Herald:

Benzene has been linked to leukemia and other cancers of the blood, but it’s just one of the many toxic pollutants associated with fracking.

The demand for a delay was ignored, prompting one speaker – who was subsequently led out of the hearing by security – to remark that the governor “has spat on our decision process by keeping these seats vacant for over a year.”

The situation in Florida provides more evidence that state regulators are just as willing as those on the federal level to kowtow to the fracking industry – as well as other big corporate interests, such as the biotech and pharmaceutical industries.

For example, the United States Food and Drug Administration (FDA) has quietly increased the maximum allowable levels of glyphosate – the carcinogenic main ingredient of Monsanto’s Roundup herbicide – while many other countries are either lowering limits or instituting bans against the use of glyphosate.

We can’t depend on regulators at any level of government to protect us from those who poison our environment in the pursuit of profits.

Sadly, in the United States, key positions at regulatory agencies are often filled by representatives of the very industries they are supposed to regulate.

And the money spent on lobbying by these industries usually far exceeds what environmental groups or concerned citizens can raise. Backroom deals are made, and policies are enacted, often with little or no input or awareness on the part of the public.

Our failed regulatory system has put us all at great risk by turning a blind eye to the dangerous health- and environmentally-threatening and polluting practices of the oil and gas industry – among others.

Our best hope is grassroots activism. By speaking out, signing petitions and raising awareness, we have a chance of making a difference.