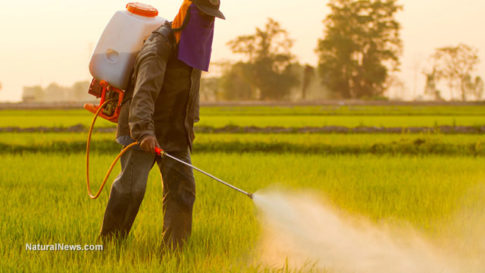 Hundreds of thousands of people living in Sri Lanka are suffering from chronic kidney disease, a painful and debilitating condition that causes the organs to stop functioning over time. The illness is primarily concentrated in the country’s rice basket, affecting up to 400,000 people.

Various factors have been singled out by researchers as the cause of the disease, including home-brewed alcohol, agrochemicals and high arsenic levels in the drinking water, according to CBS News.

Research conducted by the World Health Organization found that male farmers over the age of 39 were hit the hardest, though women with less advanced stages of the disease were more prevalent.

Scientists detected high levels of cadmium and pesticides in their urine, suggesting that toxins and arsenic in the water were responsible for widespread kidney decline. But water testing came up clean, leaving investigators puzzled.

However, a closer look revealed a strong correlation between the island’s transition to modernized, chemical-based agriculture in the 1960s and the rise in chronic kidney failure. Sri Lanka soon earned itself a spot as one of the world’s top users of fertilizers, importing the chemicals from China under government subsidizing.

Chemical fertilizers allowed the island to triple the amount of rice it was producing, exceeding 2.9 million metric tons in 1999. However, the government and its farmers were naive to the fact that the so-called advancements were completely unsustainable and not without dire consequences. Today, Sri Lanka says it’s trying to scale back its use of agrochemicals, returning to traditional farming methods. But some say it’s too late.

“Four or five people are added every week to dialysis, a minimum of three a week,” said Dr. Charitha Weesasinghe, a kidney surgeon at Anuradhapura Teaching Hospital, located where the disease is endemic.

Fewer than 50 transplants have been completed at the hospital, according to reporting from last year, forcing desperate patients to “post daily newspaper ads with their photos and blood types, pleading for someone to help.”

Glyphosate ban leads to importation of even deadlier chemicals

Revelations that farming chemicals may be causing kidney failure among the masses prompted the government to ban one of its most widely used herbicides – glyphosate – the active ingredient in Monsanto’s Roundup.

Though officials hoped the ban would reduce kidney disease, researchers say that other, more toxic agrochemicals are being imported in its place.

“Although the government banned glyphosate imports as part of its efforts to eradicate the chronic kidney disease from the country’s dry zone, fertilizer industrialists and agrochemical giants are importing other herbicides and pesticides, which are ten times higher in toxicity than glyphosate,” said Dr. Channa Sudath Jayasumana lecturing at Rajarata University in Anuradhapura.

Referencing a book titled The Kidney Battle, Jayasumana said that nearly 24,000 people have died as a result of kidney disease in the North Central region of Sri Lanka, while another 70,000 are suffering in other agricultural regions.

The pharmacology lecturer says he is confident that farming chemicals are causing chronic kidney disease, adding that multinational companies are worsening the situation by resorting to even deadlier herbicides.

If left untreated, chronic kidney disease causes waste to build up in the blood, making patients feel horribly sick. This can lead to other conditions including high blood pressure, anemia, weak bones, poor nutritional health and nerve damage, according to the National Kidney Foundation.