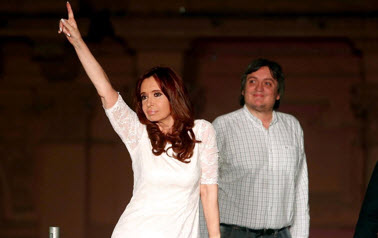 – Not “The Onion”: Argentina’s Fernandez Says She Deserves A Nobel Prize In Economics:

Cristina Fernandez de Kirchner, former First Lady and President of Argentina (2003-2015), confessed in an interview that “instead of having the courts chase us, they should be giving us a Nobel prize for economics… We inherited a country in default and we left it without any debt. ” Brilliant.

Amongst her accomplishments, Cristina boasts one sovereign debt default after failing to negotiate with creditors (2014), cooking the national economic figures for 8 years, an IMF censure for faking such data, devaluing her currency from 4:1 to 15:1 USD, and leaving her successful with 50% inflation. Perhaps the BoJ could use her advice?

She and her cabinet have also been the subject of multiple corruption scandals following her departure of office. She has naturally expressed shock, condemned any corrupt officials and denied any knowledge of such actions.

For those who like to focus on her track record,  Bloomberg has compiled a helpful GDP growth that compares GDP in Cristina’s mind versus GDP growth in the real world. 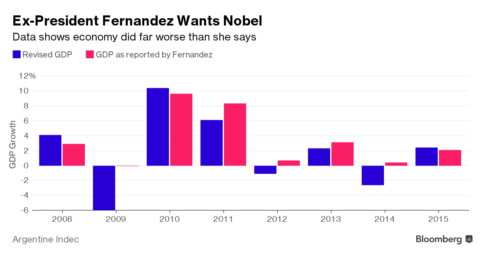 To her credit, she has a chance… the Nobel committee did award Paul “we need a bigger housing bubble” Krugman the Economics Nobel and Barack Obama the Nobel Peace prize…..