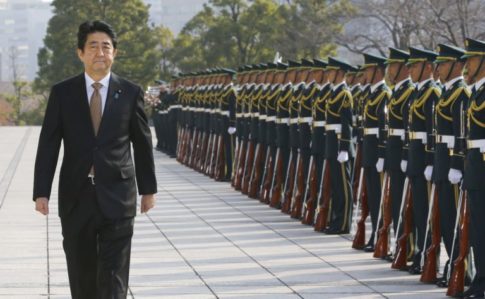 We’re going to war — either hybrid in nature to break the Russian state back to its 1990s subordination, or a hot war (which will destroy our country). Our citizens should know this, but they don’t because our media is dumbed down in its “Pravda”-like support for our “respectable,” highly aggressive government. We are being led, as C. Wright Mills said in the 1950s, by a government full of “crackpot realists: in the name of realism they’ve constructed a paranoid reality all their own.” Our media has credited Hillary Clinton with wonderful foreign policy experience, unlike Trump, without really noting the results of her power-mongering. She’s comparable to Bill Clinton’s choice of Cold War crackpot Madeleine Albright as one of the worst Secretary of States we’ve had since … Condi Rice? Albright boasted, “If we have to use force it is because we are America; we are the indispensable nation. We stand tall and we see further than other countries into the future.”

Hillary’s record includes supporting the barbaric “contras” against the Nicaraguan people in the 1980s, supporting the NATO bombing of the former Yugoslavia, supporting the ongoing Bush-Iraq War, the ongoing Afghan mess, and as Secretary of State the destruction of the secular state of Libya, the military coup in Honduras, and the present attempt at “regime change” in Syria. Every one of these situations has resulted in more extremism, more chaos in the world, and more danger to our country. Next will be the borders of Russia, China, and Iran. Look at the viciousness of her recent AIPAC speech (don’t say you haven’t been warned). Can we really bear to watch as Clinton “takes our alliance [with Israel] to the next level”? Where is our sense of proportion? Cannot the media, at the least, call her out on this extremism? The problem, I think, is this political miasma of “correctness” that dominates American thinking (i.e. Trump is extreme, therefore Hillary is not).

– From the post: “We’re Going to War” – Oliver Stone Opines on the Dangerous Extremism of Neocon Hillary Clinton

One of the most discomforting aspects of Neil Howe and William Strauss’ seminal work on generational cycles, The Fourth Turning (1997), is the fact that as far as American history is concerned, they all climax and end with massive wars.

To be more specific, the first “fourth turning” in American history culminated with the Revolutionary War (1775-1783), the second culminated with the Civil War (1861-1865), while the third ended with the bloodiest war in world history, World War II (1939-1945). The number of years between the end of the Revolutionary War and the start of the Civil War was 78 years, and the number of years between the end of the Civil War and the start of World War II was 74 years (76 years if you use America’s entry into the war as your starting date). Therefore, if Howe & Strauss’ theory holds any water, and I think it does, we’re due for a major conflict somewhere around 75 years from the end of World War II. That brings us to 2020.

The more I look around, the more signs appear everywhere that the world is headed into another major conflict. From an unnecessary resurgence of a Cold War with Russia, to increased tensions in the South China Sea and complete chaos and destruction in the Middle East, the world is a gigantic tinderbox. All it will take to transform these already existing conflict zones into a major conflagration is another severe global economic downturn, something I fully expect to happen within the next 1-2 years. Frighteningly, this puts on a perfect collision course with the 2020 area.

Now I’m not trying to fear-monger here, I’m just calling it like I see it. What the rise to prominence of a deplorable figure like Trump (as opposed to a Ron Paul or a Bernie Sanders )in reaction to what ails America tells me, is that we can scream from the rooftops to try to change things and wake people up, but history will do what history will do. When I look around the world I see how the stage is so clearly set for global conflict. When I couple that with the admission that neither Hillary Clinton nor Donald Trump have the wisdom to prevent it, I become increasingly concerned.

So what got me so bent out of shape that I decided to write about this today? One word: Japan.

An increasingly militaristic Japan is something I’ve been warning about for a while. Here’s an excerpt from my 2015 post, Unusually Massive Protests Erupt in Japan Against Forthcoming “War Legislation”:

In case you aren’t up to speed on your Japanese history, the nation’s post WWII Constitution prohibits military action unless it’s in self-defense. Clearly a sensible approach, which is why the current Japanese government, led by the demonstrably insane and incompetent Prime Minister Shinzo Abe, wants to get rid of it.

This story is very important. Not only will this action increase the likelihood of World War III in the Far East, but it’s another important example of a government acting against the will of the people.

Polling has indicated the Japanese public is against a pivot toward militarization and war, but Prime Minister Shinzo Abe  is pushing forward nonetheless. In fact, the current legislation to allow overseas military intervention has already passed the lower house of government. This prompted many Japanese to emerge from their decades long political apathy and get out into the streets. It’s estimated these protests were the largest in recent memory.

Fast forward a year, and here’s what Abe is up to now.

From the AP article, Japan Picks Defense Chief Who Downplays Wartime Past:

TOKYO (AP) — A woman who has downplayed Japan’s wartime actions and is known to have far-right views was named defense minister in a Cabinet reshuffle on Wednesday, a move that could unsettle relations with Asian neighbors with bitter memories of World War II-era atrocities.

Prime Minister Shinzo Abe changed more than half of the 19-member Cabinet in a bid to support his economic and security policies, as well as push for revising Japan’s postwar constitution.

While keeping the economy as the top priority, Abe said he would do his “utmost to achieve a (constitutional) revision during my term,” which ends in September 2018.

A lawyer-turned-lawmaker with little experience in defense, Inada is one of Abe’s favorites. She regularly visits the Yasukuni Shrine, which honors war dead including convicted war criminals, a gesture seen as an endorsement of Japan’s militaristic past.

She also has defended Japan’s wartime atrocities, including forcing many Asian women into sexual servitude in military-run brothels, and has led a party committee to re-evaluate the judgment of war tribunals by the Allies.

Her link to a notorious anti-Korea group was acknowledged by a court this year in a defamation case she lost. Inada also was seen posing with the leader of a neo-Nazi group in a 2011 photo that surfaced in the media in 2014.

Finance Minister Taro Aso, Foreign Minister Fumio Kishida and Chief Cabinet Secretary Yoshihide Suga were among key Cabinet members who retained their portfolios, while 10 ministers were replaced in the reshuffle. Many are not necessarily experts in their assigned portfolio, prompting opposition lawmakers to criticize Abe for dominating the Cabinet with like-minded supporters of his political views.

While campaigning for last month’s upper house elections, Abe promised to focus on economic revitalization in the short term, and to later seek to revise Japan’s pacifist constitution.

Since he took office in late 2012, Abe has sought to boost growth by pumping massive amounts of money into the world’s third-biggest economy. But lavish monetary easing and public works spending so far have failed to reignite growth as much as hoped.

As is typically the case, when all else fails on the domestic front, politicians look to get a war started.

The question is, what sort of war will this be? If it happens, it’ll be the first fourth turning level war since the nuclear age began. In a best case scenario, world leaders would be at least sane enough not to deploy nuclear weapons. If that’s the case, the conflict would likely focus on financial and cyber warfare. Things that can be extraordinarily destructive in their own right, but would at least avoid a destruction of the human race. Such topics will be explored further in the years ahead.

Is the Syrian War About to Experience a Major Escalation?