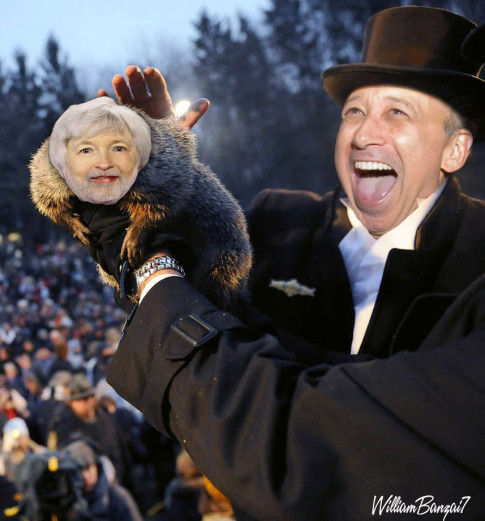 Last October, we reported that “Wall Street Was Shocked As Feds Bring Criminal Case Against Goldman Banker Over Fed Leaks.” Briefly, because as we also reported several months later, nobody actually ended up going to prison for the infamous story of Goldman Sachs obtaining classified NY Fed documents as a result of the revolving, ended up with two workers getting slaps on the wrist in some modest penalties.

Today the story got its closure, when the Fed announced that Goldman Sachs has agreed to pay $36.3 million to settle allegations by the Federal Reserve that it obtained and used confidential regulatory materials from the central bank two years ago. This amounts to 0.1% of the firm’s 2015 revenue of $33.8 billion.

The Fed also found that “a Firm employee engaged in the criminal theft of confidential supervisory information of the Board of Governors and other banking regulators, and disseminated such information to multiple employees within the Firm; ”

It is unclear how much business Goldman solicited, and how much revenue it generated as a result of the theft.

The penalty follows another $50 million which Goldman paid last October to banking regulators at the New York State Department of Financial Services for failing to properly supervise the former employee that stole and shared the Fed secrets.

In announcing the settlement Wednesday, the Fed said it fined Goldman “for its unauthorized use and disclosure of confidential supervisory information.” It also required Goldman to improve its internal controls and training for compliance purposes. The Fed also said it wanted a permanent industry ban for Joseph Jiampietro, who was a managing director at Goldman on the same team as the person who obtained the documents. The Fed said Mr. Jiampietro, who was fired by Goldman in October 2014, showed “personal dishonesty” in the incident and was fine $337,500.

As a reminder, the person who originally obtained the secrets was former NY Fed employee, Rohit Bansal, who had since moved to work to Goldman from where he was in 2014 and whom the Fed also banned permanently from the banking industry last November. Bansal received the documents from Jason Gross, a former co-worker at the NY Fed. Gross was also fired and sentenced in court after pleading guilty to the charges. He was fined $2,000 and sentenced to a year of probation with 200 hours of community service. 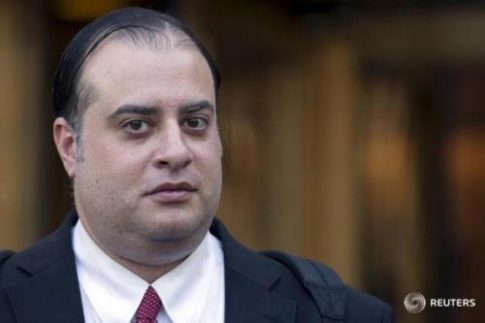 None of the three named individuals have gone to prison.

The Fed said its own investigation of the case found that the bank used the confidential materials in its presentations to clients and from 2012 had insufficient policies and procedures in place for employees’ handling of such sensitive materials. It also said a Goldman employee “engaged in the criminal theft of confidential supervisory information of the Board of Governors and other banking regulators, and disseminated such information to multiple employees within the Firm.”

On its behalf, Goldman generously agreed to step up internal controls and not to rehire as consults or employees anyone who was involved in the improper disclosure of regulatory information.

Cited by the WSJ, Goldman spokesman Michael DuVally said the bank was “pleased to have resolved this matter.” Upon discovering the leak of the sensitive documents to Mr. Bansal in 2014, Goldman immediately notified regulators at the Fed, he said, and introduced new controls and put the bankers involved on leave.

“We previously reviewed and strengthened our policies and procedures after Bansal was terminated,” Mr. DuVally said. “We have no tolerance for the improper handling of confidential supervisory information.”

What he meant is Goldman has no tolerance for people engaging in crimes getting caught.

Meanwhile, the scapegoat in this case,  Jiampietro, appears unsure that he wants to be the mark: “The allegations filed against Mr. Jiampietro are demonstrably false,” his lawyer said a statement. He said Jiampietro “never requested confidential supervisory information from anyone, and never used it for his or anyone’s benefit. The Fed has the law wrong and the facts wrong.”

Fine: all he would have to do is show that other, unnamed supervisors at Goldman provided the information to him, ruining this carefully scripted narrative.

What is curious is that back in 2003, in a comparable case, a former Goldman employee was sentenced to nearly three years in prison for relaying an insider bond tip that allowed the firm to make millions of dollars in tainted profits. As govttrader reminds us, in November 13, 2003 John M. Youngdahl, a former senior economist at Goldman, Sachs, pleaded guilty to criminal charges in connection with the purchase of millions of dollars of 30-year bonds and bond futures minutes ahead of the Treasury Department’s announcement in 2001 that it was ending the sale of such bonds.

Mr. Youngdahl, who appeared in Federal District Court in Manhattan, also settled a separate insider trading case brought by the Securities and Exchange Commission. neither admitting nor denying any wrongdoing in that case.

Mr. Youngdahl received advance notice of the Treasury’s decision to halt sales of the 30-year bond on Oct. 31, 2001, from Peter J. Davis, a Washington consultant. Mr. Davis regularly attended press briefings on the government’s quarterly auctions of notes and bonds, although he was not a reporter. The information from these Treasury briefings is embargoed until the Treasury makes its announcement public. But according to the original indictment, Mr. Davis had been giving his clients information from the briefings during such restricted periods since about 1999.

In court yesterday, Mr. Youngdahl, 44, told Judge Denise L. Cote that ”I expected that Goldman would profit from having this information, and that this would ultimately benefit me as a member of Goldman,” according to Bloomberg News.  ”There was an annual bonus procedure,” he added, ”and it was my expectation that the bonus could be enhanced.”

The highly humorous punchline: “Stephen M. Cutler, director of the S.E.C. enforcement division, said the civil action against Mr. Youngdahl sent a clear message. ”If we catch you trafficking in or trading on confidential information that could affect the market for any security,” he said, ”you will pay a substantial price. This is true whether the securities are stocks or bonds, and it’s true whether the securities are issued by the federal government or by a public company.”

Well, that didn’t work out quite as expected, now did it Stephen, especially since unlike back then, this time around the US judicial system found that it was unnecessary to actually send any Goldman employees to prison, because, well, for obvious reasons.