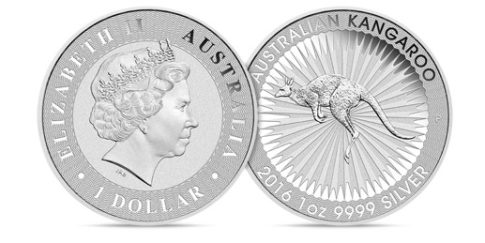 Silver kangaroo coins have seen sales surge to over 10 million coins which is double the expected demand for the year.

Introduced to the market less than 11 months ago in September 2015 at a launch attended by GoldCore, sales of the new release Perth Mint’s 2016 Australian Kangaroo 1 ounce silver bullion coin were anticipated to reach 5 million coins in their introductory first year. Yet sales of the silver coins have already surged to a whopping 10 million coins.