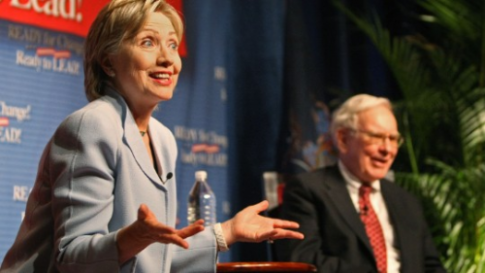 – Billionaire Warren Buffett Pledges To Drive Voters To The Polls In November:

Just when you think this election could not get more ridiculous, with even the Simpsons endorsing Hillary as President, the king of crony capitalism Warren Buffett has offered to drive voters to the polls in November.

According to NBC, Buffett pledged to “take at least 10 people to the polls who otherwise would have had difficulty getting there” on November 8, challenging his congressional district to “give America a civics lesson. Buffet said he even reserved a trolley called “Ollie” Monday. “It seats 32, I’m gonna be on it all day, I’m gonna be doing selfies, whatever it takes.” Where have he heard that last phrase before?

As for Hillary, the candidate who wants to be “the small business president”, Buffett is just the latest billionaire to join her crusade along with Mark Cuban and Michael Bloomberg. Small people indeed. She also promised that she would “come back here and Warren and I will dance of the streets of Omaha together”

For those of you with enough civic desire to help Uncle Warren and his infamous secretary drive voters to the polls, you can visit Drive2vote, a site created by Buffett to attract drivers.

For those of you concerned with Buffet’s driving skills, in Nebraska, there are “more than 166,500 licensed drivers are age 70 and older; nearly 10,000 Nebraska drivers are age 90 and older.” We hope that is comforting as you hit the roads. 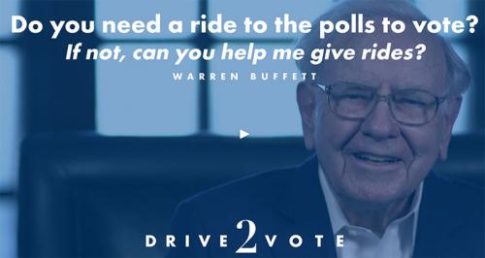