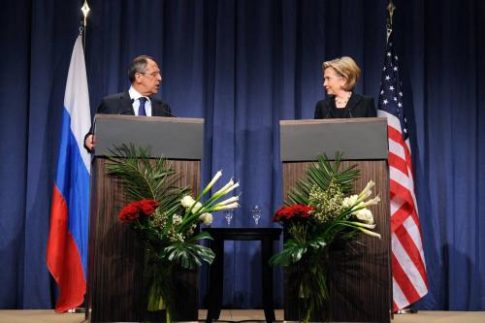 The subject of Russia’s influence in American politics has been a hot topic of late, particularly as the MSM continues to link Donald Trump to Vladimir Putin and the DNC hack. However, a report published by the Government Accountability Institute presents a new twist in the Kremlin-US political ties. It all started with the 2009 “Russian reset” touted by then-Secretary of State Hillary Clinton.

As detailed in a WSJ op-ed by Peter Schweizer (author of the GAI report), after President Obama visited Russia in 2009, both nations agreed to “identifying areas of cooperation and pursuing joint projects and actions that strengthen strategic stability, international security, economic well-being, and the development of ties between the Russian and American people.”

One such project was Skolkovo, an “innovation city” of 30,000 people on the outskirts of Moscow, billed as Russia’s version of Silicon Valley. As chief diplomat, Hillary was in charge of courting US companies to invest in this new Russian city. Russia, on the other hand, had committed to spend $5 billion over the next three years (2009-12).

As Schweizer continues, “soon, dozens of U.S. tech firms, including top Clinton Foundation donors like Google, Intel and Cisco, made major financial contributions to Skolkovo, with Cisco committing a cool $1 billion. In May 2010, the State Department facilitated a Moscow visit by 22 of the biggest names in U.S. venture capital—and weeks later the first memorandums of understanding were signed by Skolkovo and American companies.

By 2012 the vice president of the Skolkovo Foundation, Conor Lenihan—who had previously partnered with the Clinton Foundation—recorded that Skolkovo had assembled 28 Russian, American and European “Key Partners.”

Of the 28 “partners,” 17, or 60%, have made financial commitments to the Clinton Foundation, totaling tens of millions of dollars, or sponsored speeches by Bill Clinton…

Russians tied to Skolkovo also flowed funds to the Clinton Foundation. Andrey Vavilov, the chairman of SuperOx, which is part of Skolkovo’s nuclear-research cluster, donated between $10,000 and $25,000 (donations are reported in ranges, not exact amounts) to the Clinton’s family charity”

Thus far, this should not be surprising. It is yet another instance of crony capitalism that has so well characterized the Clintons over the years. However, as US intelligence agencies including the FBI were soon to find out, the Russian Silicon Valley served other purposes as well.

More from the WSJ op-ed: “The state-of-the-art technological research coming out of Skolkovo raised alarms among U.S. military experts and federal law-enforcement officials. Research conducted in 2012 on Skolkovo by the U.S. Army Foreign Military Studies Program at Fort Leavenworth declared that the purpose of Skolkovo was to serve as a “vehicle for world-wide technology transfer to Russia in the areas of information technology, biomedicine, energy, satellite and space technology, and nuclear technology.”Moreover, the report said: “the Skolkovo Foundation has, in fact, been involved in defense-related activities since December 2011, when it approved the first weapons-related project—the development of a hypersonic cruise missile engine. . . . Not all of the center’s efforts are civilian in nature…”

“The FBI believes the true motives of the Russian partners, who are often funded by their government, is to gain access to classified, sensitive, and emerging technology from the companies. The [Skolkovo] foundation may be a means for the Russian government to access our nation’s sensitive or classified research development facilities and dual-use technologies with military and commercial application.” 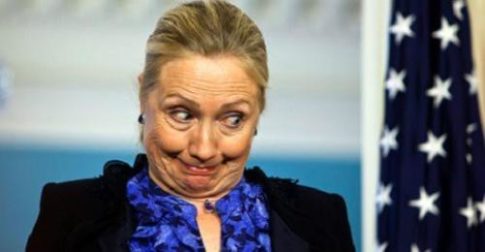 Even if it could be proven that these tens of millions of dollars in Clinton Foundation donations by Skolkovo’s key partners played no role in the Clinton State Department’s missing or ignoring obvious red flags about the Russian enterprise, the perception would still be problematic. (Neither the Clinton campaign nor the Clinton Foundation responded to requests for comment.) What is known is that the State Department recruited and facilitated the commitment of billions of American dollars in the creation of a Russian “Silicon Valley” whose technological innovations include Russian hypersonic cruise-missile engines, radar surveillance equipment, and vehicles capable of delivering airborne Russian troops.

Naturally, the Hillary campaign did not reply to any requests from Schweizer on the report. But we are comfortable that HRC’s response would likely be along the lines “what difference at this point does it make?”