All roads in and out of NATO’s critical Incirlik Air Base located in Adana have been closed as Turkish Minister of European Affairs cautions that it is just a “safety inspection” while local newspapers speculate that a second coup attempt may be underway. According to Hurriyet, 7000 armed forces with heavy vehicles have surrounded and blocked off the airbase.

While it is common knowledge by now that the failed and/or staged Turkish coup two weekends ago was nothing more than an excuse for Erdogan to concentrate even more power and eradicate all political and independent opposition, a story that has gotten less attention is the sudden, and acute deterioration in US-Turkish relations. This culminated two days ago when the Commander of US Central Command (CENTCOM) General Joseph Votel was forced to deny on the record having anything to do with the attempted coup in Turkey following pointed allegations from the very top in the local government that the US orchestrated last Friday’s “coup”, according to a statement released by the US military on Friday.

As Stars and Stripes reported late last week, the recent failed coup and jailing of military leaders in Turkey could impact U.S. operations there against the Islamic State group, Gen. Joseph Votel said Thursday at a security conference in Colorado. Votel said the coup attempt in Turkey two weeks ago left him “concerned” about how U.S. operations and personnel at Incirlik Air Base will be affected. 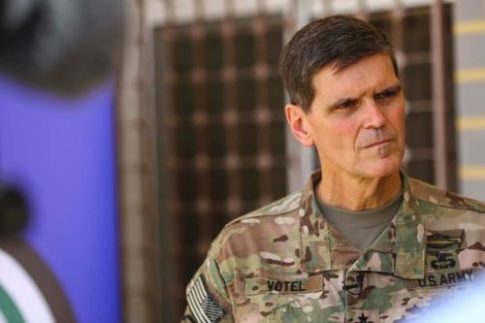 “Turkey of course …sits on an extraordinarily important seam between the central region and Europe,” Votel said at the Aspen Security Forum. “It will have an impact on the operations we do along that very important seam. Obviously, we are very dependent on Turkey for basing of our resources…I am concerned it will impact the level of cooperation and collaboration that we have with Turkey.”

Yeni Safak, a daily paper known for its loyal support of Erdogan, even reported retired Army Gen. John F. Campbell, former commander of NATO forces in Afghanistan, was the mastermind behind the attempted overthrow. However, the paper also reported White House Press Secretary Josh Earnest called the allegations against the general unsubstantiated.

Votel said Thursday that the United States was “continuing to work through some of the friction that continues to exist” following the failed coup. He did not elaborate.

The general did say some of the arrested Turkish officers worked with U.S. personnel to coordinate airstrikes against the Islamic State group. “Yes, I think some of them are in jail,” Votel said of certain key Turkish military liaisons.

As a result of the coup attempt, U.S. air operations were temporarily suspended and the Turkish government cut power to Incirlik.

The diplomatic spat continued on Friday when comments made at an Erdogan’s rally once again blasted Votel for criticizing Turkey’s  post-coup attempt purge saying “Who are you? Know your place.” Erdogan went on to hint once more that the United States planned the failed government overthrow bid.

To this Votel again responded that “any reporting that I had anything to do with the recent unsuccessful coup attempt in Turkey is unfortunate and completely inaccurate,” Votel said. He was responding to an interpretation of comments made at a think tank in Washington, DC by Turkey’s President Recep Tayyip Erdogan accusing Votel of sympathizing with the coup plotters.

Meanwhile, Turkey’s war of words against the US escalated on Friday, when Turkey’s authoritarian despot Erdogan condemned the West for refusing to show solidarity with Ankara, accusing NATO ‘allies’ as being more concerned about the fate of coup supporters than the survival of Turkey are not friends of Ankara. Erdogan blasted the West for criticizing the massive purge of Turkey’s military and other state institutions which has seen 60,000 people detained, removed or suspended over suspected links with the coup and for cancelling 50,000 civilian passports which many worry is but a prelude to an expansion of the reign of terror inside the country.

“The attitude of many countries and their officials over the coup attempt in Turkey is shameful in the name of democracy,” Erdogan told hundreds of supporters at the presidential palace in Ankara.

“Any country and any leader who does not worry about the life of Turkish people and our democracy as much as they worry about the fate of coupists are not our friends,” said Erdogan, who narrowly escaped capture and perhaps death on the night of the coup.

As Sputnik notes, the statements come in response to US National Intelligence Director James Clapper’s statement on Thursday that the purges were harming the fight against Daesh in Syria and Iraq by stripping away key Turkish officers who had worked closely with the United States.

“My people know who is behind this scheme… they know who the superior intelligence behind it is, and with these statements you are revealing yourselves, you are giving yourselves away.”  The remarks come at a troubling time only one day after over 5,000 protesters yelling “death to the US” marched towards NATO’s critical Incirlik Air Base which houses between 50 and 90 US tactical nuclear weapons before security officials successfully dispersed the raging demonstrators.

Which brings us to today, and the news that NATO’s critical Incirlik Air Base was hours ago completely blocked off by Turkey, with all inputs and outputs to the Adana base having been closed according to Turkey’s Hurriyet among rumors of yet another coup. 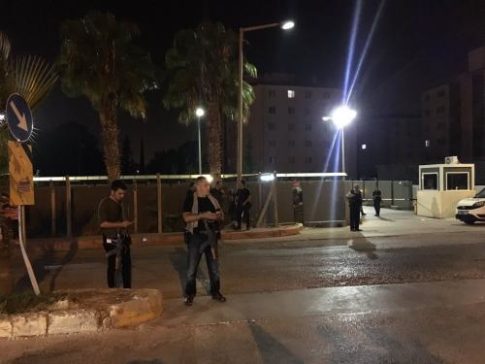 As the Turkish Minister for European Affairs, Omar Celik, tweeted moments ago, this is just a routine “safety inspection”, although it has not stopped local papers from speculating that a a second Gulen-inspired coup attempt may be underway.

Hurriyet has raised concern that the closing may be tied to an attempt by the Erdogan regime to prevent a second coup attempt.

Some 7,000 armed police with heavy vehicles have surrounded and blocked the Incirlik air base in Adana used by NATO forces, already restricted in the aftermath of a failed coup. Unconfirmed reports say troops were sent to deal with a new coup attempt.

Hurriyet reported earlier that Adana police had been tipped off about a new coup attempt, and forces were immediately alerted. The entrance to the base was closed off.  Security forces armed with rifles and armored TOMA vehicles used by Turkish riot police could be seen at the site in photos taken by witnesses.

@Brasco_Aad These heavy dump trucks are being made ready to enter #Incirlik Air Base (are they trying to close it?) pic.twitter.com/UQlGAv5FsC

Some of radical islamist twitter users telling people to break into the base and kill everybody #Incirlik WARNING! pic.twitter.com/S5PXxGilUh

Indeed, the massive presence of armed police supported by heavy vehicles calls into question the Turkish government’s official line that the lock down at the Incirlik base is merely a “safety inspection.”?

Local media has focused on the base after the failed coup in Turkey occurred the night of July 15. Although the main scenes of the events were Istanbul and Ankara, Incirlik was shut down  for a time by local authorities shortly after the putsch, and several Turkish soldiers from the base were deemed by Turkish officials to be involved in the overthrow attempt.

The lockdown at Incirlik follows a massive wave of protests on Thursday when pro-Erdogan nationalists took to the streets yelling “death to the US” and called for the immediate closure of the Incirlik base. Security personnel dispersed the protesters before they were able to make it to the base.

And while there has been no official statement from US armed forces stationed at Incirlik at this time, the situation continues to develop in front of the air bBase as more heavy trucks have been dispatched to surround and block access to the critical military facility.

It is unclear if Erdogan is naive enough to think that he can out-bluff and out-bully the US and keep Incirlik hostage until he gets Gulen repatriated by Obama on a silver platter, a hostage “tit for tat” we first described two weeks ago. If so, one wonders, if he is doing so alone, or with the moral support of others, perhaps such recently prominent enemies of Erdogan as Vladimir Putin. Recall that just over a month ago Erdogan publicly apologized to Putin for downing the Russian Su-24 fighter jet in November, and called Putin “a friend.”

Finally, at least as of this moment, it appears that theairspace around Incirlik is closed.