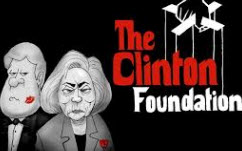 The initiative is being led by Rep. Marsha Blackburn, a Tennessee Republican who serves as the vice chairwoman of the House Committee on Energy and Commerce, which oversees FTC. The FTC regulates public charities alongside the IRS.

The lawmakers charged the Clinton Foundation is a “lawless ‘pay-to-play’ enterprise that has been operating under a cloak of philanthropy for years and should be investigated.”

Koskinen’s July 22 reply came only a week after the House Republicans contacted the tax agency. It arrived to their offices Monday, the first opening day of the Democratic National Convention in Philadelphia.

“We have forwarded the information you have submitted to our Exempt Organizations Program in Dallas,” Koskinen told the Republicans.

The Exempt Organization Program is the division of the IRS that regulates the operations of public foundations and charities. It’s the same division that was led by former IRS official Lois Lerner when hundreds of conservative, evangelical and tea party non-profit applicants were illegally targeted and harassed by tax officials.

Blackburn told TheDCNF she believes the IRS has a double standard because, “they would go after conservative groups and religious groups and organizations, but they wouldn’t be looking at the Clinton Foundation for years. It was as if they choose who they are going to audit and question. It’s not right.”

Blackburn said she and her colleagues will “continue to push” for answers on the Clinton Foundation’s governing policies, including its insular board of directors. She said they also will examine conflicts of interest and “follow the money trail.”

“In my opinion, there’s a lack of good governance, there is the appearance of conflicts of interest, and there are continued questions about the financial dealings,” she told TheDCNF.

House Republicans singled out Laureate Education and Uranium One as two companies that seemed to have paid lavish sums to the Clintons and later received official government benefits.

Laureate hired former President Bill Clinton as “honorary chancellor,” paying him $16.5 million over five years. The Baltimore-based company, which operates for-profit universities in 28 countries, also donated between $1 million and $5 million to the Clinton Foundation, according to the foundation’s web site.

While Bill was collecting a paycheck from the company and his wife was secretary of state, the International Finance Corporation (IFC), an arm of the World Bank, invested $150 million in Laureate. It was the largest-ever single IFC investment to an educational company. The United States government is the largest contributor to the IFC. During that same period, the Department of State’s U.S. Agency for International Development awarded $55 million to the International Youth Foundation. Laureate CEO Douglas Becker is on the foundation’s board of directors. International Youth Foundation, the Clinton Foundation and Laureate jointly participated in foundation programs.

A Laureate spokesman denied the quid pro quo charges: “Allegations of any quid pro quo between Laureate, the International Youth Foundation and the Clintons are completely false,” she told TheDCNF, adding, “the IFC’s decision to invest in Laureate had no connection to and was not influenced in any way whatsoever by Hillary Clinton.”

The IFC also awarded $150 million to another company owned by Frank Giustra, a close friend of Bill Clinton. Giustra donated $100 million to create the “Clinton Giustra Enterprise Partnership” within the Clinton Foundation. The funds went to Pacific Infrastructure, a company in which Giustra had a significant financial stake. The company was to build a port and oil pipeline in Colombia that was strenuously opposed by environmental and human rights groups because the pipeline sliced through five indigenous villages and forcibly displaced the tribes.

Giustra also was an owner in Uranium One, a uranium mining company with operations in Kazakhstan and in the western United States. Giustra wanted to sell a share of the uranium business to Russia’s atomic energy agency, which required U.S. approval, including that of Secretary Clinton. The Russian investment was approved.

Blackburn added that it appeared the Clinton Foundation — which was tax-exempt only to construct and manage Clinton’s presidential library — never got IRS approval to become a tax-exempt global organization with operations in Africa, Asia, Latin America, the Pacific and the Caribbean.

“In the Clinton Foundation we have a charity that has never filed the appropriate paperwork,” Blackburn charged.

Charles Ortel, a Wall Street analyst who has been investigating the Clinton Foundation, told TheDCNF that the expansion of the foundation into a global giant was not legally approved by the IRS.

“It’s crystal clear in a review of their application that their purposes were narrowly limited, as they should have been, to a presidential archive in Little Rock, Arkansas,” he said to TheDCNF. “End of discussion.”

“All charities need to guard against incestuous relationships which limit their ability to be objective,” the congresswoman said. “In the Clinton Foundation, we see a lack of diversity within their board.” 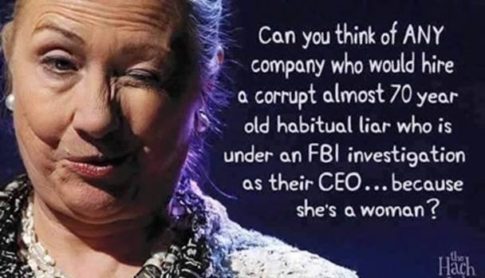