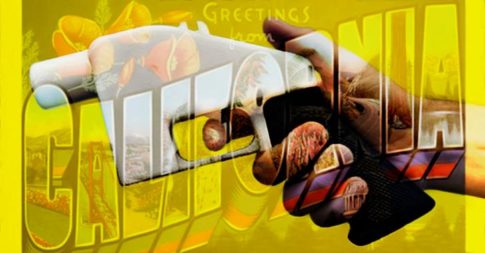 – 3D Printed and Homemade ‘Ghost Guns’ Must Now Be Registered in California:

Sacramento, CA — California law will no longer look the other way on homemade guns, or “ghost guns,” as gun control advocates call them. Building a gun from parts or a 3-D printer will soon require a background check. It will also require that a state-provided serial number be permanently fixed to the weapon.

Governor Jerry Brown (D) signed Assembly Bill 857 into law on Friday, much to the chagrin of gun rights groups. Brown had vetoed similar legislation in 2014, according to the Sacramento Bee.

“I appreciate the author’s concerns about gun violence, but I can’t see how adding a serial number to a homemade gun would significantly advance public safety,” Brown wrote two years ago, the Bee reported.

In addition to requiring a background check through the state’s Department of Justice in order to obtain an official serial number, the builder of the homemade gun is prohibited from selling or transferring the weapon under the new law. It goes into full effect in 2019, according to the Associated Press.

Proponents of the “ghost gun” regulations claimed that without the law, Californians would be endangered by felons or others barred from owning guns simply 3D printing or building their own. Gun rights advocates, however, see the law as only hurting non-criminals.

“In addition to many other terminal issues presented in the bill, AB 857 fails to conform its exemptions to federal law, thereby placing potentially hundreds of thousands of good, law-abiding people at the mercy of an unconstitutionally vague criminal statute,” the Firearms Policy coalition argued in June before the bill was passed.

The group issued another statement following the California legislature’s approval of the bill.

“California gun owners will have to carefully weigh the risks of compliance before submitting to an openly tyrannical government that puts them and their Constitutionally-protected property in the crosshairs of a growing police state,” the Firearms Policy Coalition said in a statement Friday.

Before the new law was passed, “unfinished” lower receivers were made and sold to construct guns that would be legally untraceable. These parts usually consist of a trigger, firing pin, and an ammunition feeding mechanism.