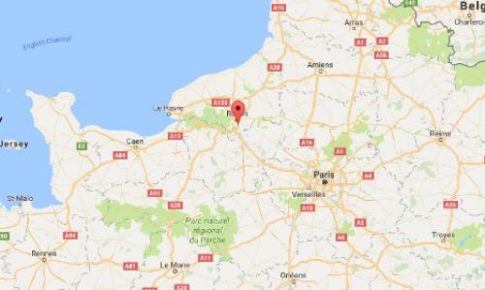 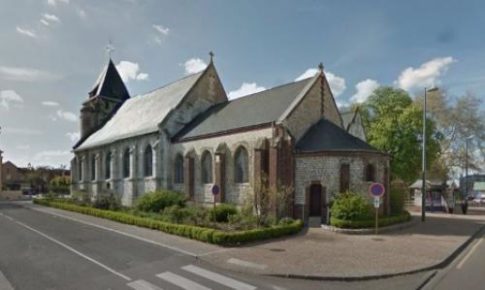 Two men armed with knives took several people hostage at a church in Normandy, northern France on Tuesday, before being “neutralised”. Unconfirmed reports say the priest was killed by the attackers.

In the latest European assault to take place just over the past hour, two knifemen raided the Church of the Gambetta in the northern French town of Saint-Etienne-du-Rouvray, near Rouen in the département of Seine-Maritime (see map below) at 10am on Tuesday, taking between 4 and 6 hostages and allegedly killing a priest before being killed by police. According to subsequent unconfirmed reports the priest had been beheaded.

Another worshipper is said to have been seriously wounded.

Both attackers have been killed by police, an interior ministry spokesman confirmed to Reuters. The Paris anti-terrorist prosecutor is launching an investigation into the church attack and hostage-taking situation, the spokesman added

MORE: @i24NEWS_EN is now reporting that the priest was beheaded inside the Church #France

.@skymarkwhite has the latest after reports that knifemen who’d taken hostages at a church in Normandy are shot dead https://t.co/VFJNyTgNXN

One resident was walking to church as the horror broke out. He told French newspaper MetroNews: “I was going to go out and do my shopping when the police started shouting me to go straight home and barricade myself.

“There is a lot of agitation, the police are bulletproof vest and armed.”

While the motives of the hostage taking are still unclear it comes at a time when France is on high alert after a spate of recent terror attacks. Le Point further reports that the hostage takes shouted “Daesh” (ISIS) while entering the chruch, suggesting they may have been Islamic radicals.

The hostage takers shouted “Daesh” (ISIS) while entering the church according to Le Point #Francehttps://t.co/QxA5uZacGO

Firefighters, along with SWAT and anti-terror units, came to the scene, and said that there were several people wounded in the attack, RTL France media outlet said.

French President Francois Hollande is on his way to the site of the attack, according to an official statement from Elysee Palace. Interior Minister Bernard Cazeneuve is also headed to the scene of the hostage-taking, the ministry said.