“As predicted, Brexit WILL be used to trigger the economic collapse starting with a UK Banks “Bail Out” followed by a “Bail in” as the snowball of economic inactivity gathers momentum.

Brexit is the perfect ploy, even though it won’t happen as the 52% had hoped.

Ignorance of the internal workings of the PTB have made us all look stupid, but will we learn?” 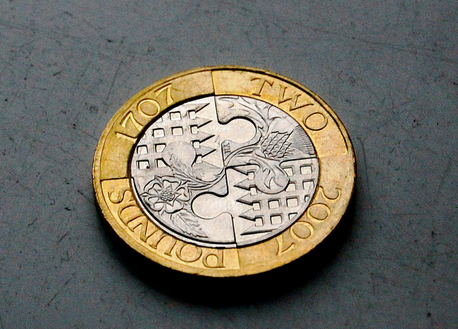 It seems that it is payday for the banksters.

As a new bailout is being prepared by the Bank of England, there are questions about what, if any, actions will actually be taken to leave the European Union under the new prime minister, who actually campaigned for ‘Remain’ but has so far appointed pro-Brexit cabinet members.

The new Prime Minister in the UK, Theresa May has announced that she will not pursue Article 50 proceedings to leave the EU anytime during 2016, setting the stage for putting off the split that the referendum called for.

According to the London Guardian:

Theresa May will not trigger article 50 of the Lisbon treaty initiating the UK’s departure from the European Union before the end of 2016, the high court has been told.

At the opening of the first legal challenge to the process of Brexit, government lawyers conceded that the politically sensitive case was likely to be appealed up to the supreme court.

At least seven private actions – arguing that only parliament and not the prime minister has the authority to invoke article 50 – have been identified to the court.

“Notification [triggering] article 50 will not occur before the end of 2016,” Coppel told the court. Should anything change, he promised, the court would be given advance notice.

Meanwhile, Prime Minister May, herself a former employee of the Bank of England and is married to a banker, is putting up a very friendly administration towards the big banks, who are once again under threat.

A major announcement from new finance minister Philip Hammond made clear that a deal was in the works with Britain’s central bank, the Bank of England, as were on course for a major bailout. According to the Business Recorder:

Britain’s new finance minister Philip Hammond declared Tuesday that it was up to the Bank of England to respond to the economic “shock” arising from Brexit.

“The initial response to this kind of shock must be a monetary response by the Bank of England,” Chancellor of the Exchequer Hammond told lawmakers at the House of Commons.

“[Bank of England governor Mark Carney] in announcing that interest rates were not to be lowered last week, made it clear that the bank is developing a monetary package which it would announce in due course,” Hammond added Tuesday.

What will this mean for global markets and the future of the European Union?

That remains to be seen, but they are definitely scheming to make sure that the City of London is protected at all costs, and even at the expense of other parts of the economy.

The Queen herself weighed in on Theresa May, and it is clear that the sovereign streak in this new government is closely aligned with the monetary powers that be. If bailout dollars flow to them first, as they have on Wall Street ever since the Federal Reserve implemented quantitative easing, then the power will accumulate only at the top, and the rest of the heap could be choked out with subtle but deadly maneuvers.

It appears that the bankers hijacked the Leave campaign that led the referendum, and will now take power in the new era of the UK.