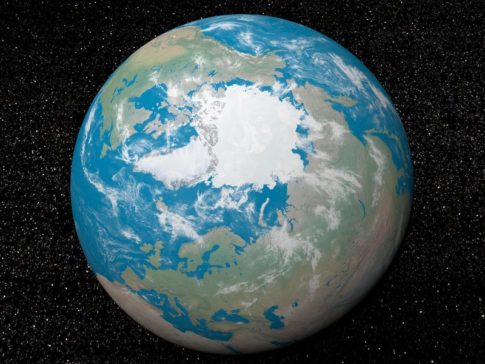 – The North Pole Could Soon Drift Over to Siberia:

Earth’s magnetic field seems to be weakening and potentially migrating

The data, LiveScience continues, suggest that in the shorter term the magnetic North Pole might eventually relocate closer to Siberia. The magnetic north pole is currently drifting south at around 25 miles per year, says Al Jazeera, “and scientists predict it could travel from its current position in North America to Asia within a few decades.”

Researchers aren’t sure why things seem to be expedited, although the process–known as a geomagnetic reversal–is a natural one that has occurred many times before. The shift in the magnetic field is caused by the flux of molten metal contained beneath the Earth’s surface, LiveScience explains.

Regardless of how fast the flip is happening – or if it’s happening at all – humans likely have nothing to fear. No evidence exists that previous changes have resulted in any harm to species or to the planet through increased radiation damage (the magnetic field prevents cosmic radiation from bombarding the Earth).