During testimony before Congress on Thursday, FBI Director James Comey stated that the FBI’s interview with presumptive Democratic presidential nominee former Secretary of State Hillary Clinton was not under oath or recorded, but was careful to point out for all the paeons listening that it still would be a crime to lie to the FBI.

He was then asked, “did she testify or talk to them under oath?” Comey answered, “No.” But added that “it’s still a crime to lie to us.” 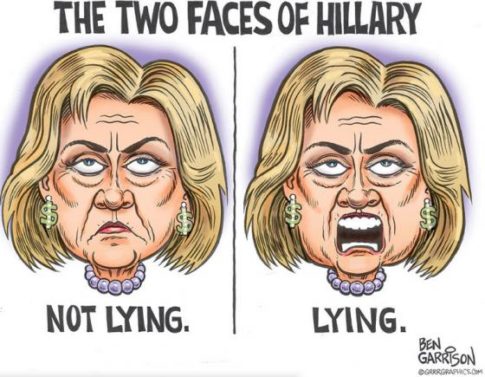 This seemed to sum it all up…

#Comey: “They may conclude I’m an idiot…but what I hope they will not conclude is that I am a dishonest person.” pic.twitter.com/vIunZmVveb