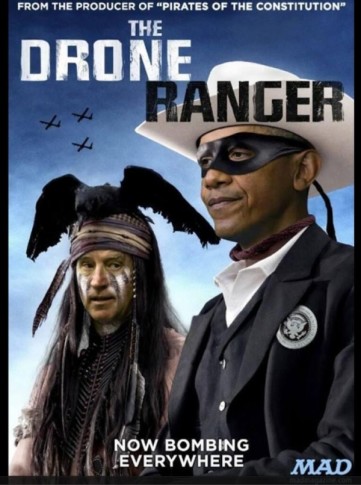 President Barack Obama’s administration claims 64 to 116 “non-combatants” have been killed by CIA or United States military drone strikes. The number is preposterously low, and the best evidence yet of how the government propagandizes the public into believing drones are “precise” and rarely kill anyone but targeted “terrorists.”

The casualty counts, along with an executive order on “pre- and post-strike policies,” were released right before Fourth of July weekend, a clear act aimed at ensuring the least amount of attention was given to the administration’s latest effort to conceal the truth of who is killed by targeted assassinations.

A “summary of information” released by the Director for National Intelligence (DNI) maintains 473 strikes “against terrorist targets outside areas of active hostilities.” It states somewhere between 2,372 and 2,581 “combatants” were killed.

However, the Bureau of Investigative Journalism, based in London, has documented news reports of U.S. drone attacks in Pakistan, Somalia, and Yemen for years. The New York Times, BBC, and Dawn.com in Pakistan have each used the data compiled by the Bureau.

This indicates the Obama administration effectively erased the deaths of more than 400 civilians, including children. However, even the Bureau’s data is incomplete, simply because it is extremely difficult for news media to identify the dead after drone strikes.

The number of strikes in the assessment is lower than the Bureau’s number. The Bureau’s data suggests over 530 strikes have been launched by the Obama administration. The Bureau’s total number killed in strikes in Pakistan, Yemen, and Somalia is 2,609.

That figure is not that much higher than the DNI’s number, which is 2,436. When considering the fact that DNI counted fewer strikes than the Bureau, it becomes clear the discrepancy in numbers is entirely a result of how the Obama administration decides who is and is not a civilian or “non-combatant.”

The international human rights organization, Reprieve, declares in a recent report [PDF], “Every previous (rare) public, on-record statement made by the Obama administration on the program has been shown to be false or deeply misleading. Moreover, the administration has repeatedly shifted the goal posts, secretly redefining who can be targeted and what it means to be a civilian. Therefore, simply announcing numbers without context, or the names of civilian victims, will do nothing.”

Documents provided to The Intercept by a whistleblower and published as “The Drone Papers” showed the military designates people killed in strikes as EKIA or “enemies killed in action.”

Journalist Jeremy Scahill wrote in his book, “The Assassination Complex,” which is based on “The Drone Papers”:

Unless evidence posthumously emerged to prove the males killed were not terrorists or ‘unlawful enemy combatants,’ EKIA remained their designation, according to the source. That process, he said, “is insane. But we’ve made ourselves comfortable with that. The intelligence community, JSOC, the CIA, and everybody that helps support and prop up these programs, they’re comfortable with that idea.” The source described official U.S. government statements minimizing the number of civilian casualties inflicted by drone strikes as “exaggerating at best, if not outright lies.”

“The U.S. government draws on all available information (including sensitive intelligence) to determine whether an individual is part of a belligerent party fighting against the United States in an armed conflict; taking a direct part in hostilities against the United States; or otherwise targetable in the exercise of national self-defense,” the assessment contends. “Thus, the U.S. government may have reliable information that certain individuals are combatants, but are being counted as non-combatants by non-governmental organizations.”

How is it possible that non-governmental organizations or media sources might be wrong?

“Further analysis of an individual’s possible membership in an organized armed group may include, among other things: the extent to which an individual performs functions for the benefit of the group that are analogous to those traditionally performed by members of a country’s armed forces; whether that person is carrying out or giving orders to others within the group; or whether that person has undertaken certain acts that reliably connote meaningful integration into the group,” the DNI asserts.

In other words, whether those individuals killed were targeted or not, if they die, it may be acceptable because they performed tasks, which benefited a designated terrorist group, like they were a maid, a driver, or perhaps a mechanic, who worked on a terrorist group’s car. It may be possible after the person died to go back and assess their online activities and conclude they shared ideology with the group, and thus, justify their death.

The DNI also suggests that the figures may not match reports because of the “deliberate spread of misinformation by some actors, including terrorist organizations, in local media reports.” However, the DNI gives no examples and so it is impossible to confirm whether this is more than just some wild suggestion intended to justify how the government counts casualties.

The Obama administration previously maintained CIA drone strikes only were authorized against “specific senior operational leaders of al Qaida and associated forces,” believed to have been involved in the September 11, 2001, attacks, who are plotting attacks, which pose an “imminent” threat to Americans. Yet, leaked intelligence documents reported on by McClatchy Newspapers proved this was not true.

“The intelligence reports list killings of alleged Afghan insurgents whose organization wasn’t on the U.S. list of terrorist groups at the time of the 9/11 strikes; of suspected members of a Pakistani extremist group that didn’t exist at the time of 9/11; and of unidentified individuals described as ‘other militants’ and ‘foreign fighters,’” [Note: The DNI’s figures did not include Afghan casualties because those are in a declared battlefield.]

It states the government will “review or investigate incidents involving civilian casualties, including by considering relevant and credible information from all available sources.” But if the government has a system biased toward confirming deaths as justified “combatant” casualties, what triggers a review or investigation? And how do those reviews or investigations seek to conceal what happened by seeking out any little bit of information that might make it possible to posthumously label that person a “combatant” or terrorist?

There will now supposedly be a process for the U.S. government to grant condolence payments to families of civilians killed. If this even happens, there will be hundreds of civilians, whose families never are eligible to receive such payments because of the government’s process for post-strike reviews.

In response to this transparent act of government deception, Jennifer Gibson, an attorney for Reprieve, declared, “For three years now, President Obama has been promising to shed light on the CIA’s covert drone program. Today, he had a golden opportunity to do just that. Instead, he chose to do the opposite. He published numbers that are hundreds lower than even the lowest estimates by independent organizations.”

“The only thing those numbers tell us is that this administration simply doesn’t know who it has killed. Back in 2011, it claimed to have killed ‘only 60’ civilians,” Gibson added. “Does it really expect us to believe that it has killed only 4 more civilians since then, despite taking hundreds more strikes?”

Not a single civilian is named. It is a disgraceful offense to the families of civilians who have been killed.

Faisal bin Ali Jaber, a Yemeni engineer, who has sued the Obama administration for killing his family, reacted, “The Obama Administration is wrong to think that publishing statistics makes up for the pain his secret drone program has caused families like mine.”

“It’s no surprise that the White House didn’t bother to consult the victims of drone strikes before publishing these figures—the U.S. has never even acknowledged its role in the deaths of our loved ones. My brother-in-law was an Imam who was leading a campaign against al Qaida’s ideology, particularly their targeting of young boys,” Jaber said. “He spoke out against al Qaida in his sermons just few days before he was assassinated. We all expected that one day he would be killed by al Qaida, but instead he was killed by a U.S drone.”

“Obama’s secret drone wars have also killed schoolteachers, policemen, women, and children. What we need from President Obama is an apology—and a promise that these terrible crimes will not be repeated.” 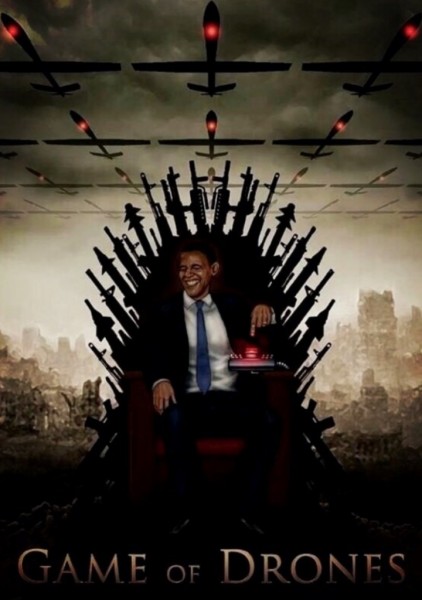