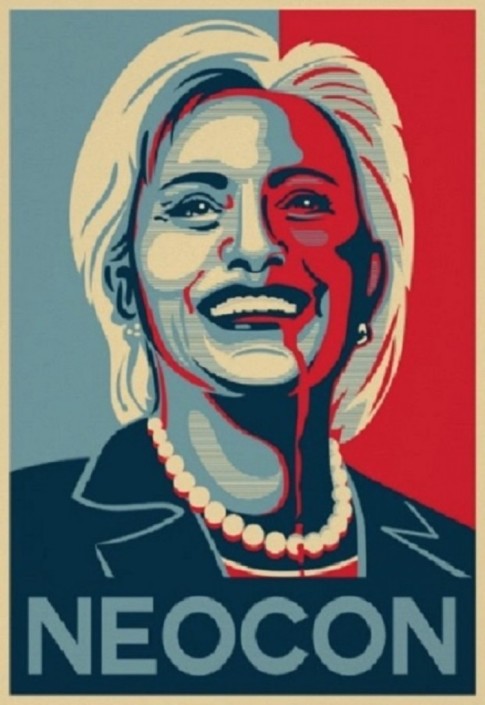 Yesterday, I published a post warning readers about the increasingly dangerous situation on the ground in Syria, and detailed why a Hillary Clinton presidency will quickly usher in World War 3. Here it is in case you missed it: Is the Syrian War About to Experience a Major Escalation?

Meanwhile, the always excellent Glenn Greenwald published a piece at the Intercept which further proves the point. What follows are a few disturbing excerpts from his article, Hillary Clinton’s Likely Pentagon Chief Already Advocating for More Bombing and Intervention:

Michele Flournoy, the former Defense Department official whom Defense One calls “the woman expected to run the Pentagon under Hillary Clinton,” this week advocated for “sending more American troops into combat against ISIS and the Assad regime than the Obama administration has been willing to commit.” In an interview with that outlet, Flournoy “said she would direct U.S. troops to push President Bashar al-Assad’s forces out of southern Syria and would send more American boots to fight the Islamic State in the region.” She had previously “condemned the Obama administration’s ISIS policy as ineffectual,” denouncing it as “under-resourced.”

This week, Flournoy specifically advocated what she called “limited military coercion” to oust Assad. In August 2014, Obama announced what he called “limited airstrikes in Iraq” — and they’re still continuing almost two years later. Also note the clinical euphemism Flournoy created — “military coercion” — for creating a “no-bomb zone” that would entail “a declaratory policy backed up by the threat of force. ‘If you bomb the folks we support, we will retaliate using standoff means to destroy [Russian] proxy forces, or, in this case, Syrian assets,’” she said. Despite D.C. conventional wisdom that Obama is guilty of “inaction” in Syria, he has sent substantial aid, weapons, and training to Syrian rebels while repeatedly bombing ISIS targets in Syria.

No amount of war and destruction is never enough for these people.

Even U.S. military officials have said that these sorts of no-fly or no-bomb guarantees Flournoy is promising — which Hillary Clinton herself has previously advocated — would risk a military confrontation with Russia. Obama’s defense secretary, Ash Carter, told a Senate hearing last December that the policy Clinton advocates “would require ‘substantial’ ground forces and would put the U.S. military at risk of a direct confrontation with the Syrian regime and Russian forces.” Nonetheless, the Pentagon official highly likely to be Clinton’s defense secretary is clearly signaling their intention to proceed with escalated military action. The carnage in Syria is horrifying, but no rational person should think that U.S. military action will be designed to “help Syrians.”

But the fact that Hillary Clinton has a history of advocating more war and killing and support for heinous regimes and occupations is the one thing Democratic pundits have, with remarkable message discipline, completely ignored. From Bernie Bros to Sanders’ Secret Service costs to Hillary’s kick-ass, mic-dropping, slay-queen tweets, they’ve invented the most embarrassingly childish and trivial distractions to ensure they don’t have to talk about it. But now Clinton’s almost-certain defense secretary is already — months before she’s in power — expressly advocating more war and bombing and dangerous interventions. That makes the costs of a Clinton foreign policy — at least for those who assign any value to lives outside of American soil — much harder, and more shameful, to ignore.

So are you ready? 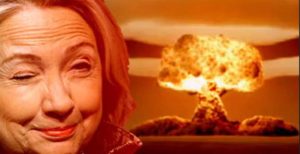 “We Came, We Saw, He Died” – Revisiting the Incredible Disaster That Is Libya