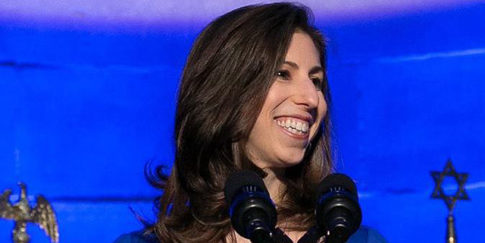 Jordana Cutler, also chief of staff at the Israeli embassy in Washington, has joined Facebook’s Israel office to oversee the planning and execution of measures taken to combat BDS campaigns.

Cutler’s new post was applauded by the minister of public security Gilad Erdan, who announced on Thursday a series of legislative measures taken by his government against promoting the boycott of Israel.

“If we want to convince the world that de-legitimation of Israel is something wrong and that there should be consequences, we must start here in Israel,” Erdan was quoted by Israeli media as saying during a conference in Herzliya.

“There will now be a real price to pay for someone working […] to isolate [Israel] from the rest of the world. I set up a legal team, together with the ministry of justice, that will promote governmental legislation on the matter,” Erdan said.

“There has been an advance in dialogue between the state of Israel and Facebook,” he said, “Facebook realises that it has a responsibility to monitor its platform and remove content. I hope it will be regulated for good.”

The BDS movement, which describes itself as a global movement of citizens, advocates for non-violent campaigns of boycotts, divestment and sanctions as a means to overcome the Israeli regime of occupation, settler-colonialism and apartheid

Upon its launch in 2005, the campaign was widely ignored and even laughed at, by Israel and its supporters around the world.

But the Jewish state has since been troubled by the wide growing popularity of the movement, whose latest campaign Tov Ramadan raises awareness on Israeli settlement products and encourages people breaking their fast during the month of Ramadan to boycott them.