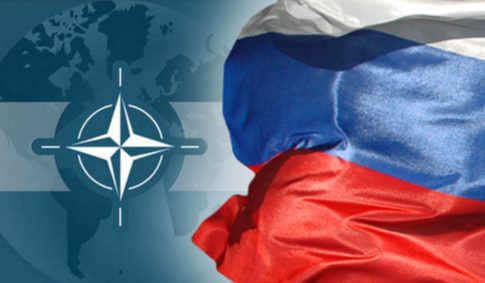 NATO prepares a veritable military buildup in Eastern Europe: German soldiers are operating in Lithuania, the British take over Estonia, and US soldiers move in to protect Latvia. The Canadians will be in Poland. Also in the Mediterranean, combat units are being increased. Russia perceives the activity as a threat, but hasn’t yet announced any countermeasures.

At the NATO summit during July 8th-9th in Warsaw, the Alliance will adopt a massive military presence along Russia’s border. Russia is classified by NATO as a threat. NATO Secretary General Jens Stoltenberg recently said in Washington that the US and the EU have the right in the form of NATO to defend its territories on foreign soil. Critics of this strategy believe that it’s possible this upgrade will increase significantly the danger of a conflict between the superpowers. Wednesday in Brussels, the defense ministers want the military alliance to take decisions which will then be sealed by the leaders in Poland. NATO wants to strengthen its military presence on its eastern borders significantly, and to position foreign combat troops battalions in Poland and the three Baltic states. Germany is the core of the Association in Lithuania, the British in Estonia, and the United States is expected to be that in Latvia. What remains unclear, however, is who will be sending troops to Poland.

Maybe Canada will take on this task, it was last reported from Polish diplomatic sources as quoted by Reuters. “’The summit in Warsaw will be President Obama’s last (NATO summit) and the U.S. wants it to be a success. It will ensure that the fourth framework country is found, possibly by leaning on Canada,’ the source said. ‘Washington will bend over backwards here.’”

Germany wants to send at least 600 soldiers to Lithuania, which will constitute the core of the local battalion there with about 1,200 soldiers.

The battalions are to include around 1,000 soldiers each, and are not permanently stationed in the eastern countries, but replaced regularly. By means of this rotation, the military alliance wants to avoid a formal breach of the NATO-Russia Founding Act 1997, which prohibits the permanent stationing of a “substantial” number of combat troops in the east. What specifically “substantial” means, however, is controversial. [In other words: Obama wants to be more aggressive than the NATO-Russia Founding Act of 1997 might allow; he wants to violate the treaty in such a way that he’ll be able to say he’s not really breaking the treaty.]

Poland and the Baltic countries want to push NATO to be even more aggressive. They demand among other things, increased aerial surveillance by fighter jets of the alliance partners on the Baltic. Poland had in the past also repeatedly demanded the permanent stationing of NATO combat troops [which would clearly violate the NATO-Russia Founding Act]. The Baltic States and Poland have been feeling threatened since Russia’s March 2014 annexation of the Ukrainian peninsula of Crimea.

NATO defense ministers will also discuss a new mission in the Mediterranean. What exactly is planned there, is difficult to judge. Officially the rise of extremist ISIS militias and the refugee crisis are given as reasons for that expansion of NATO. ISIS is financed and otherwise supported by Saudi Arabia, the closest ally of the West in the Middle East. A good reason why NATO, the most powerful fighting force in all of the world’s military, have not coped with that group of more or less random ragtag mercenaries, is not known. Russia is fighting on the side of Syria against ISIS and against previously officially the US-backed al-Nusra Front [Al Qaeda in Syria — the Syrian affiliate of the group that did 9/11].

The NATO alliance is looking for a new combat mission in the Mediterranean, as the 11 September 2001 NATO response “Active Endeavor” patrolling the Mediterranean to stop terrorists there, has actually become obsolete. The ministers therefore want to consider whether the mission should be transformed into a more general one to strengthen security in the Mediterranean. Also being considered is to transform that mission to a closer cooperation with the European Union, which maintains its own naval deployment off the Libyan coast against human traffickers and the rescue of refugees in distress under the name “Sophia”. At dinner on Tuesday therefore also the EU foreign policy chief Federica Mogherini and government representatives from the non-NATO countries Finland and Sweden will also be in NATO headquarters.

The agenda on Wednesday also includes the future of the NATO mission in Afghanistan. According to current plans, the US wants to reduce the number of its troops in Afghanistan from its current 9800 to 5500. Whether Obama will hold to that objective despite the poor security situation in Afghanistan isn’t yet clear.