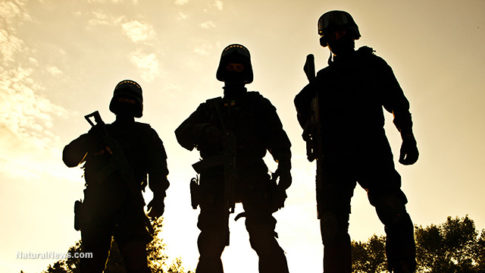 The topic of vaccines tends to inspire strong feelings in people one way or the other, and the admissions made by a CDC whistleblower in the recent documentary VAXXED certainly added fuel to the fire. However, one aspect of the vaccine debate that many people can agree on is that forcing experimental vaccines on anyone is a questionable practice at best.

In one of the most egregious examples of this, the FDA used its authority to force American military personnel to get an experimental anthrax vaccine while a civil lawsuit challenging the authority of the Department of Defense to mandate unapproved vaccines was pending.

Since 1998, countless service personnel have reported becoming ill after being given a series of vaccines for anthrax before Middle East deployment. Those who refused to get the jab faced punishments including discharge.

According to MintPress News, 30 percent of those in the military who received the vaccine ended up with vaccine damage referred to as Gulf War Syndrome, and the issues caused were career-ending for some, particularly pilots.

MintPress News cites the University of Minnesota’s Center for Infectious Disease Research and Policy’s 2002 report, which says that the mandatory anthrax vaccines caused many Air National Guard and Air Force Reserve members to transfer or leave the military altogether.

Data from a survey by the General Accounting Office (GAO) of Congress showed that 85 percent of the troops who were subjected to anthrax shots experienced adverse reactions, which is significantly higher than the 30 percent the manufacturer claimed. The survey involved a random sample of more than 1,200 guard and reserve personnel.

This prompted the GAO to recommend that the DoD institute an “active surveillance program for vaccine reactions.” According to GAO estimates, 77 percent of aircrew who received the shot would not have done so if they had been given a choice.

Symptoms and concerns brushed aside

Gulf War Syndrome is the name given to the set of symptoms experienced by military personnel involved in the Gulf War, and it includes chronic symptoms such as cognitive problems, muscle pain, fatigue, diarrhea, and rashes. Adding insult to injury, the military has called it an “emotional ailment” despite its measurable physical manifestations.

While some higher-ups have tried to explain Gulf War Syndrome as the result of conditions on the ground, soldiers who fought there from Israel, Egypt and Kuwait did not end up suffering from it. Interestingly, those soldiers did not receive Anthrax vaccines.

One third of vets afflicted

The National Academy of Sciences reports that more than one third of vets in the first Gulf War suffer from the ailment, and a 2009 study in the Journal of Inorganic Biochemistry suggested that the main culprit could be aluminum hydroxide, which was an adjuvant in the anthrax vaccine.

Our military personnel face a lot of threats while performing their jobs, and many of the medical precautions taken to prepare them are sound ones that can help prevent illnesses and save their lives. However, a line has to be drawn when it comes to preventive measures with unknown side effects. How can we expect our military to defend our country if we are sending them out to fight with unapproved vaccines in their systems working against their own bodies? Our service personnel do not deserve to be treated like guinea pigs and then be accused of having emotional problems when they report the effects of those vaccines or voice concerns about them.